Yearn Finance (YFI) launched just a month ago and since then the yield aggregating platformâ€™s total value locked has climbed to $611 million.

Three key factors appear to be behind YFIâ€™s recent rally: the release of yinsure.finance, hype fueled by industry executives, and the continued explosive growth of the decentralized finance sector. 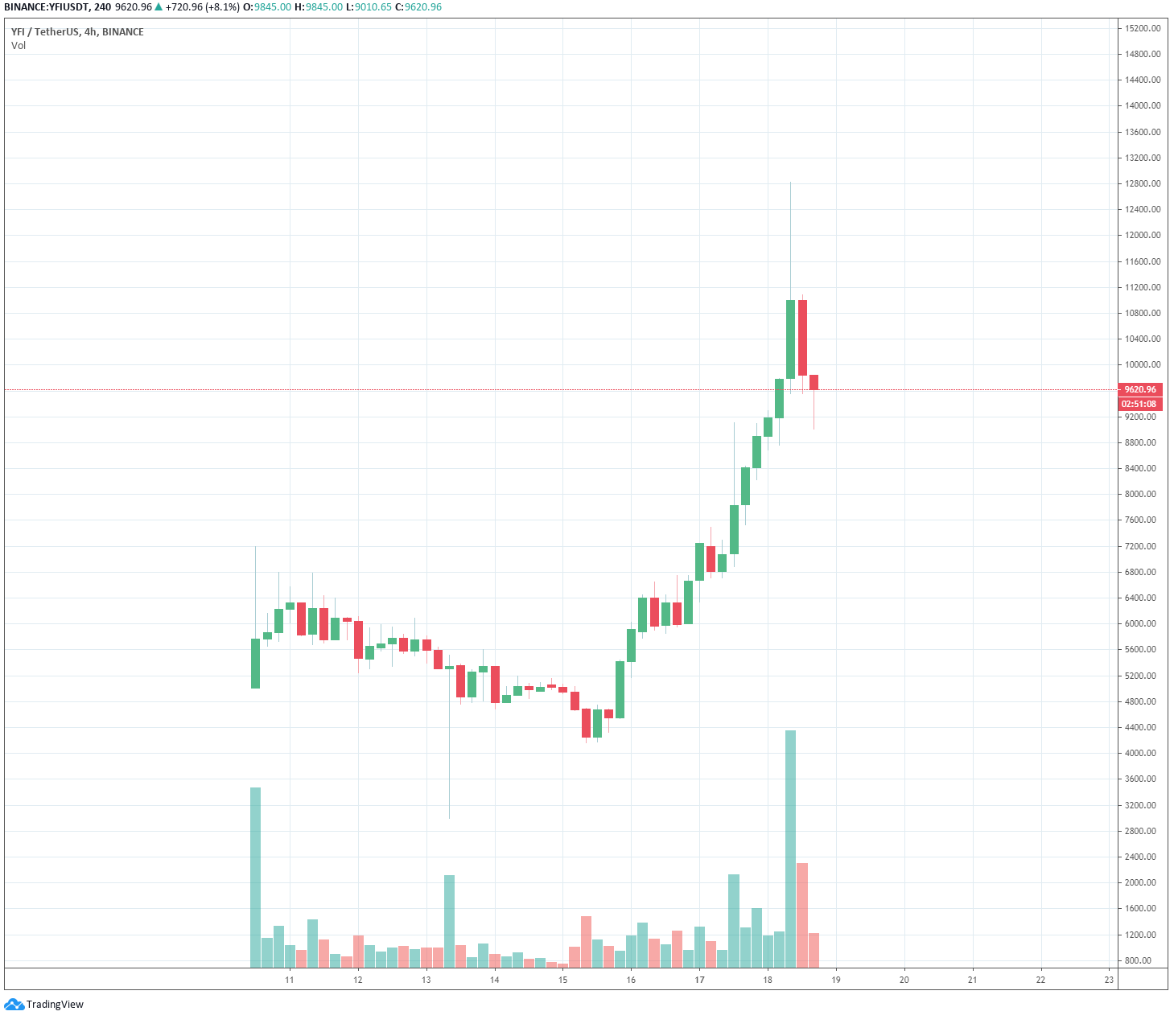 On Aug. 17, the development team behind Yearn Finance announced the release of a tokenized insurance platform called yinsure.finance. Through insured vaults and claim governance, it creates an insurance service on top of the DeFi protocol. The developers said:

â€œOver the next few weeks we will systematically be releasing yinsure.finance, a prototype for a new kind of tokenized insurance. This post is a draft in detailing the architecture and how a decentralized insurance mechanism can be created.â€�

Venture capital investors suggested earlier in the month that insurance could become the next big category in the DeFi space.

Fred Ehrsam, the co-founder of the crypto fund Paradigm, said on-chain insurance to cover protocols and DAOs has the potential to evolve into a large market. Ehrsam said:

â€œCrypto-native insurance – on-chain insurance covering protocols and DAOs – has the potential to be the next big financial primitive in DeFi. The market size could be enormous and the initial wedge is credibleâ€¦ Whoever solves them can create one of the fundamental building blocks of DeFi, supporting billions in value today, and unlock broader use by increasing the amount of capital users, investors, and traders are willing to commit to the system.â€�

The entrance into a relatively new market in on-chain insurance by Yearn Finance is seemingly affecting the sentiment around YFI positively.

Industry executives are excited by YFI

The price of YFI declined substantially when Yam, an experimental DeFi protocol, got hit with a bug. Since then, YFI has recovered rapidly, gaining popularity among prominent industry executives.

Recently, BitMEX CEO Arthur Hayes has been exploring various DeFi protocols like Yam and Based, and Hayes excitedly tweeted:

As mentioned earlier, the overall expansion of the DeFi market has led the total value locked in Yearn Finance to hit $600 million. The large amount of capital parked on Yearn Financeâ€™s yield aggregating platform has been a major catalyst for YFI.

The confluence of a new product launch, the expanding DeFi market, and Yearn Financeâ€™s rapidly-growing user base is seemingly pushing the price of YFI upwards.