$35 Bln Wiped Off Crypto Markets As BTC Tests $10k, Only To Retreat

More than $35 bln dollars were wiped off the crypto markets this weekend, as BTC failed to break the $10k resistance.

May 7: more than $35 bln dollars were wiped off the crypto markets this weekend, as Bitcoin (BTC) tantalizingly tested the $10,000 resistance, only to retrace Sunday, May 6.

Total market capitalization, which came close to half a trln on Saturday, is now down to $429 bln as of press time, as per Coinmarketcap data. All but one of the top ten coins are in the red, as data from Coin360 shows. Bitcoin (BTC) is trading at $9,226 as of press time, down about 3 percent over the 24 hour period. The cryptocurrency had hit as high as $9,900 on Saturday, and retraced to the $9,500 support level Saturday, only to fall further today. 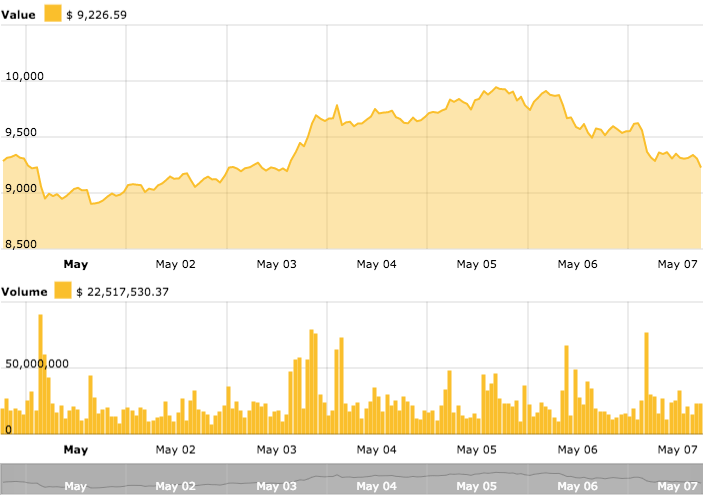 Ethereum (ETH) is trading at $703, down almost 8 percent over the 24 hour period. Senior SEC and CFTC officials are scheduled to discuss a possible security classification for ETH later today, but whether or not a decision or indeed a public statement will be made remains unclear. 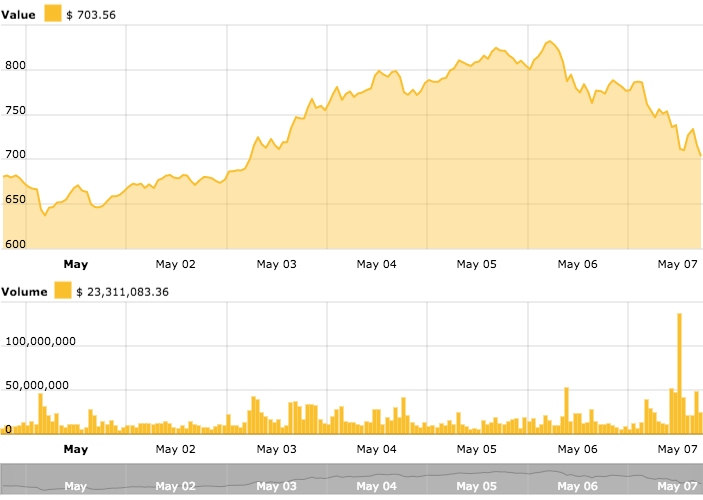 Bitcoin Cash (BCH) has also seen a correction today, after impressive gains earlier this week. The coin is trading at $1,617 to press time, down more than 5 percent over the 24 hour period, and down 3 percent against BTC, as data from Coinmarketcap shows.

Yesterday, Coinmarketcap quietly removed the pro-BCH website Bitcoin.com from its Bitcoin page, apparently in the wake of a recent campaign waged by BTC supporters who were angered by the site’s alleged misrepresentation of the distinction between the two coins. 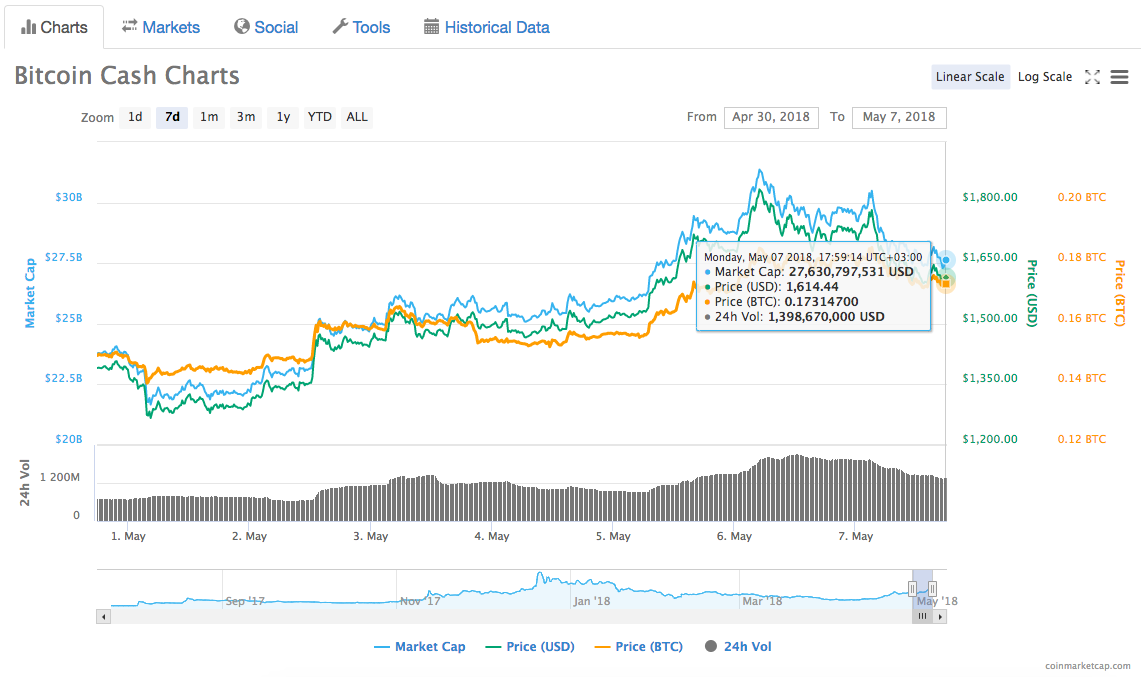 ShareTweet
Comments Off on $35 Bln Wiped Off Crypto Markets As BTC Tests $10k, Only To Retreat