Tone Vays, the well-known Bitcoin (BTC) derivatives trader, believes Bitcoin will stay above $10,000 for the rest of 2020.Â

At the start of the year, Vays said he was skeptical BTC would break $20,000 in 2021 but now he thinks itâ€™s possible for the top cryptocurrency to overtake its record all-time high.

If the price of Bitcoin surpasses $20,000 in the medium-term, Vays said history shows it tends to double. Based on the historical price cycles, he said the $45,000 to $50,000 range is a reasonable target. 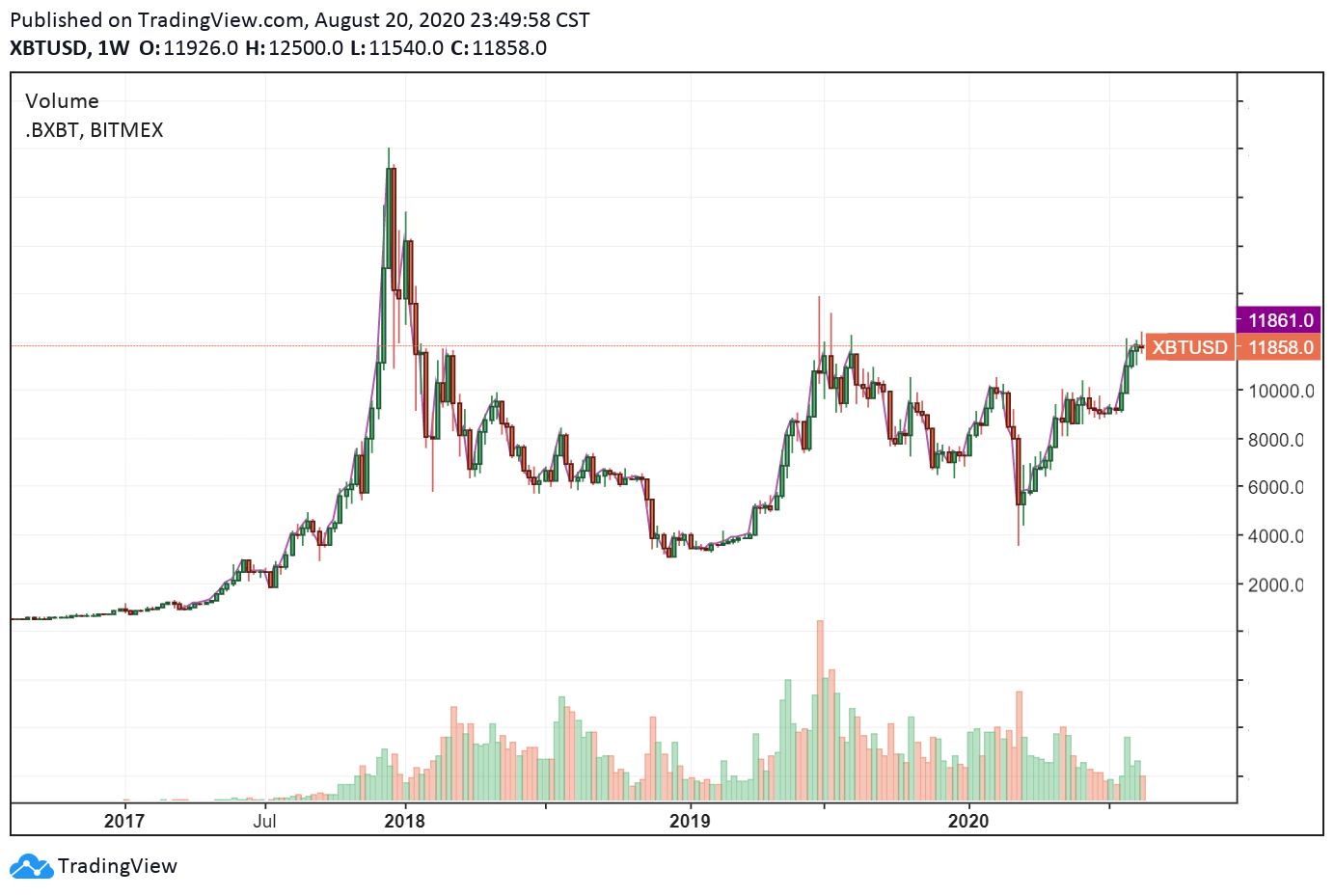 The historical cycle of the Bitcoin price. Source: TradingView.com

During an interview with IGTV, Vays said:

â€œEvery time Bitcoin breaks a prior all-time high, especially when it takes years to break that all-time high, it tends to usually more than double. So I think $45,000 to $50,000 is a reasonable target.â€�

â€œIn the beginning of the year, I thought that even next year would be a struggle to break $20k. Now I think it’s pretty likely that we’ll break $20k next year.â€�

As on-chain analysts have said throughout August, the $10,000 area has become a strong support level for Bitcoin. As long as a key psychological level at $10,000 is intact, an extended uptrend becomes more likely.

Vays also drew a comparison between Bitcoin and gold. He emphasized that gold broke its all-time high and saw a 5% upside past its previous high fairly quickly.Â

The trader explained that Bitcoin could do something similar over the medium to long-term when it breaks its previous all-time high at $20,000. He stated:

â€œWe are watching what’s happening with gold right now. Gold finally broke its all-time high, that it made ten years ago, just recently, and it went already $100 past that. So it went 5% more fairly quickly. So let’s see how fast gold goes up since breaking all-time high, and Bitcoin can do something similar.â€�

How far could Bitcoin go?

Various price models predict the price of Bitcoin to reach anywhere between $30,000 to $250,000 in the long-term.Â

According to Vays, he would be satisfied if the next top of Bitcoin is at around $45,000. Historically, Bitcoin has seen a major breakout past its previous record high, reach a new peak, then correct. A rapid upsurge to unsustainable price levels could leave BTC vulnerable to sharp drops. He added:

A consistent theme that supplements the uptrend of Bitcoin is a favorable global macro backdrop that also complements gold. Fear towards rising inflation and economic uncertainty could sustain the momentum of Bitcoin.