Analysis: Most DeFi Tokens Are Concentrated In Hands of Top 500 Holders

A new analysis suggests the token supplies for most DeFi projects are not widely distributed, with up to 99% held by the top 500 addresses.

Token supplies for most decentralized finance (DeFi) projects are not widely distributed according to an analysis by the co-founder of DeFi Italy and Head of CryptoLabâ€™s Digital Assets Investments Simone Conti.

He compiled data from Defi Pulse and Etherscan that suggests that 90% of tokens for almost all DeFi projects are held by the top 500 addresses. For three of the projects, that figure rises to 99%.

According to a graphic shared by Conti, Compound is the â€˜most concentratedâ€™ of the Top 10 surveyed projects (by total locked value) with 96% of the total supply being held by a few dozen people in the top 50 holders. 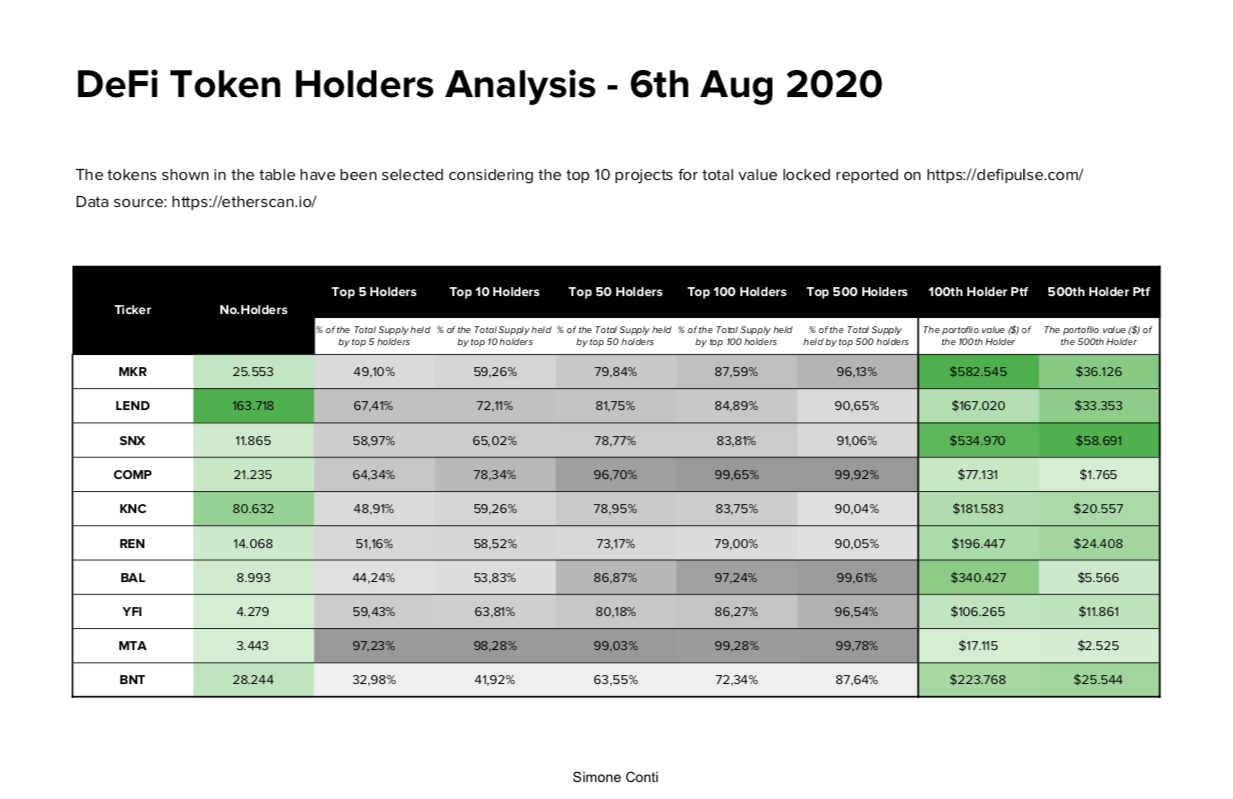 The top five addresses for the vast majority of DeFi projects hold over 40% of their respective total supplies. Bancor is the only anomaly, but even there the top 5 addresses hold 33% of the supply. Conti observed that projects born before the recent DeFi boom tended to be more widely distributed than those that were launched later.

The tracking of token distribution remains a tricky task however, as different analysts produce widely different figures based on the criteria of which addresses to include.Â

Head of DTC Capital Spencer Noon believes that Yearn.Finance (YFI) is one of the most well distributed DeFi tokens on Ethereum, with the top five addresses holding less than 10% of the total supply.Â

This is in marked contrast with Contiâ€™s evaluation that YFIâ€™s top five addresses hold almost 60% of the total supply.

ShareTweet
Comments Off on Analysis: Most DeFi Tokens Are Concentrated In Hands of Top 500 Holders