The crypto markets are continuing to rise today, June 19, according to data from Coin360, after yesterday’s price spike leading to a gain of $13 billion in one hour following a week of lows. 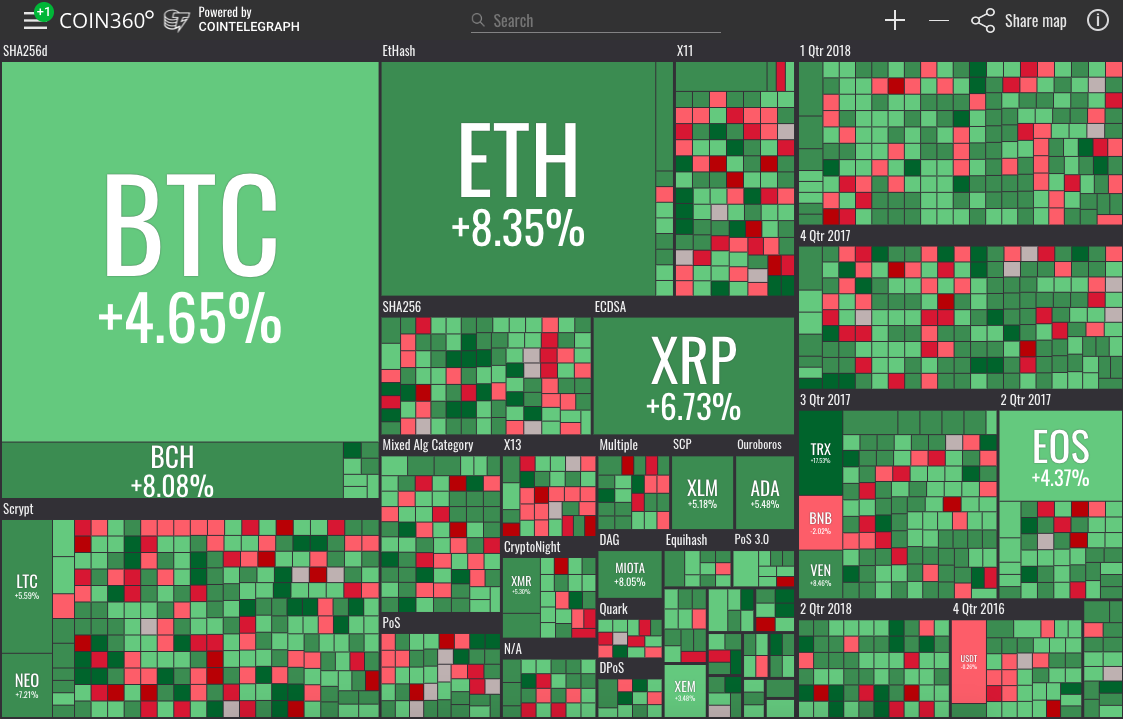 Ethereum (ETH) is also rising, up almost 9 percent over a 24 hour period to press time and trading for around $530. 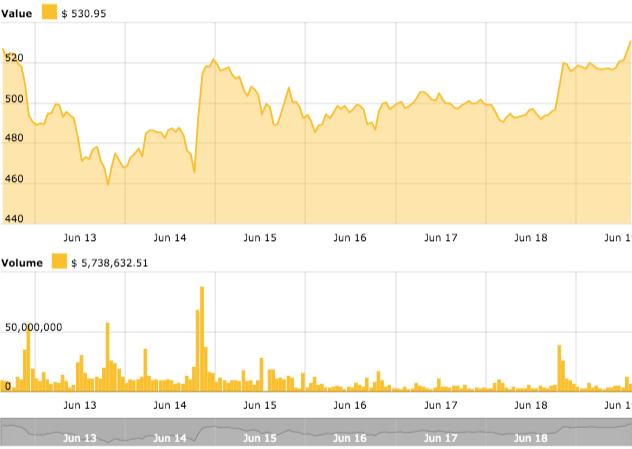 Out of the top ten coins on Coinmarketcap, altcoin TRON is seeing the biggest growth, up more than 16.5 percent over a 24 hour period and trading for about $0.05 by press time. This price rise could be attributed to the news last week that TRON founder Justin Sun has acquired streaming service BitTorrent for an undisclosed sum. 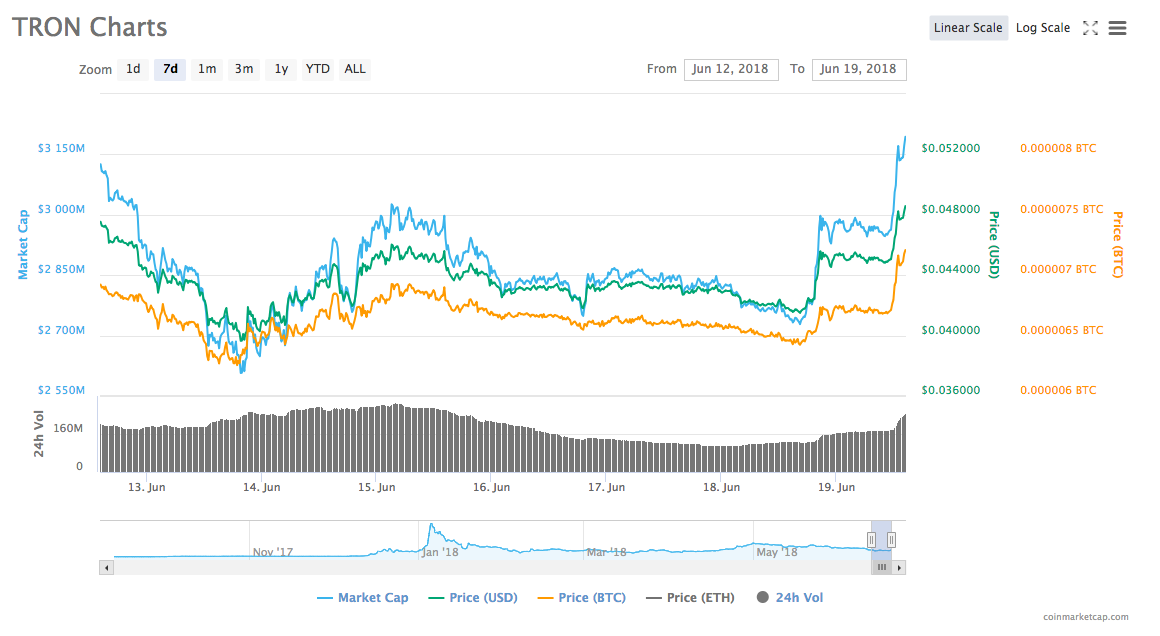 Total market cap is at around $288 billion by press time, up from this month’s low of around $264 billion on June 13.

The current market rise comes even after the recent news from the Bank of International Settlements (BIS), which wrote in a report that cryptocurrencies cannot scale enough to function as money. In response to the BIS report, CIO of the Altana Digital Currency Fund Alistair Milne tweeted:

Quote of the day:
“The Bank of International Settlements saying Bitcoin is bad is like turkeys releasing a research paper about all the reasons Christmas is a terrible idea”