Bitcoin Market Cap Is Now Bigger Than Intel or Coca-Cola

Bitcoin overtakes Intel and Coca-Cola at a market capitalization of $205 billion.

Amid a major bullish trend on cryptocurrency markets, Bitcoinâ€™s (BTC) market capitalization is outstripping some major publicly traded companies like Intel and Coca-Cola.

Following a bullish market in late July 2020, Bitcoinâ€™s market cap saw a significant increase to cross a $200 billion threshold. As of press time, the market cap of the largest cryptocurrency accounts for more than $207 billion, down from a $222 billion intraday-high recorded earlier today, according to data from Coin360.

A major global tech company, Intel saw a notable decline in market share in recent days. After Intel posted disappointing Q3 earnings guidance on July 22, the companyâ€™s market cap dropped below $259 billion to subsequently lose as much as $45 billion by July 24, according to data from Macro Trends. 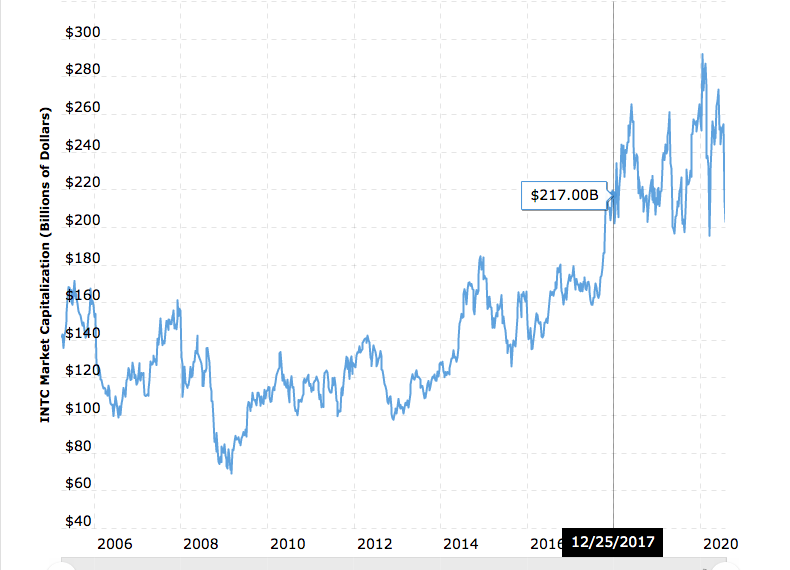 This is not the first time when Intel was left trailing behind Bitcoin by market capitalization though. Over the course of 2017, Intelâ€™s market cap did not go higher than $220 billion, while Bitcoinâ€™s market cap crossed a $300 billion threshold in its historic bullish run of 2017, when BTC hit its all-time high of $20,000.

Amid coronavirus-fueled uncertainty, beverage giant Coca-Cola suffered a major sell off earlier this year. In March 2020, Coca-Cola lost more than $90 billion in market cap over the course of one month as a consequence of the global pandemic. The drop eventually resulted in the companyâ€™s largest decline in quarterly revenue in at least 30 years, as reported last week.

In contrast, Bitcoin has been seeing multiple bullish moves this year, up more than $80 billion, or about 40%, in market cap since Jan. 1, 2020. The largest cryptocurrency by market cap has recently touched its new 2020 highs, crossing the $12,000 price mark on Aug. 2.