Bitcoin Price Breaks $12K, But Is it the Final Hurdle Before $15K?

In the previous weeks, altcoins gained momentum while Bitcoin (BTC) was hovering against the psychological barrier at $12,000. After a few weeks of consolidation, the price of Bitcoin finally broke the resistance zone of $12,000.

However, itâ€™s uncertain whether the price will continue moving upwards to $15,000 from here. Is the upside move a clear breakout or a fake-out intended to grab overhead liquidity? 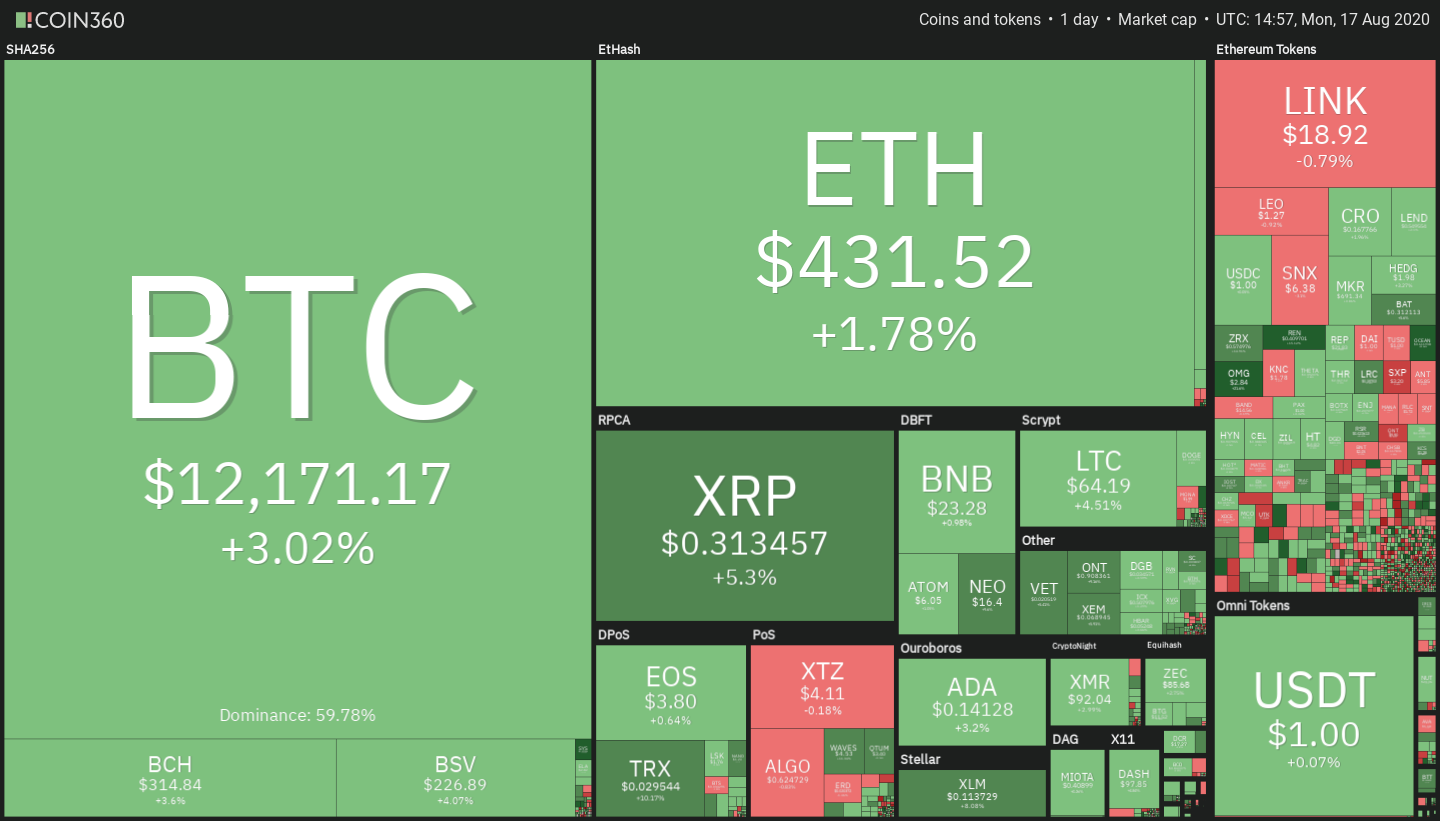 As Bitcoinâ€™s price broke through the crucial resistance at $12,000, a massive move was expected to occur. However, the market failed to provide one.

The daily chart is showing a definite break-through of the final hurdle before bull market expansion. However, the move above $12,000 is not convincing enough to state and confirm the breakout.

One of the critical indicators for a breakout is the surge of volume, which is lagging heavily in this recent push.

The good part is that Bitcoin is still acting above the 100-day and 200-day moving averages, which supports the current bullish momentum.

An apparent gain of this level, through which support is granted on $12,000, would justify and confirm further upwards momentum on Bitcoin.

Breakouts can lead to fake-outs

Quite often, a breakout like this leads towards a fake-out. A fake-out is justified by a similar move. In such a related move, the liquidity is taken above the recent highs or resistances.

Usually, when someone shorts, they place their stop-loss above the recent high. This grants a very obvious â€œliquidity poolâ€� as all the obvious stop-losses are placed above this resistance high.

Therefore, a move slightly above the recent high can trigger all those stop/losses, fueling a move in the opposite direction, as the chart shows as an example.

The crucial barrier remains to be seen with the $12,000 level. If that level doesnâ€™t grant support, a similar move towards the range lows is likely to occur.

As discussed earlier, a fake-out is always a possibility when the price is testing a strong overhead resistance.

The crucial part is defined in the red box as thatâ€™s the previous resistance zone through such a fake-out. This resistance zone got broken through in the recent move and has to sustain support if the price of Bitcoin wants to continue surging.

The key support level to watch is the $11,500 area, as this is an untested level and previous range low. If the price of Bitcoin breaks back in the range between $11,500 and $12,000, itâ€™s likely to be testing the exact opposite of the range.

In this case, we can define the exact opposite of $11,500. More likely would be a further continuation of range-bound movements in the coming weeks, which would suit altcoins even more.

The bullish scenario is similarly relying on the $12,000 barrier, as in this case, the support should be warranted on $12,000 to justify continuation.

If the $12,000 level continues to hold for support and a support/resistance flip is warranted, further continuation upwards is likely to expect.

In such a way, altcoins will start bleeding heavily in their BTC pairs, as BTC retakes the spotlight. The next resistance zone for Bitcoin is defined at $13,000, but a further surge towards the $15,000-17,000 zones is on the tables.

However, itâ€™s all coming down towards the $12,000 level. Whether or not it grants support is going to move the markets in either way.

ShareTweet
Comments Off on Bitcoin Price Breaks $12K, But Is it the Final Hurdle Before $15K?