The price of Bitcoin has increased in tandem with the U.S. stock market, as â€œbig techâ€� fuels stock market sentiment.

The price of Bitcoin (BTC) has increased in the last 48 hours as the United States stock market cautiously increased. The recent correlation between BTC and U.S. equities further intensified, showing a strong momentum in the cryptocurrency market.

Since April, Bitcoin has seen notable correlation with the S&P 500. Due to the plunge of all asset classes at the end of the first quarter of 2020, Bitcoin and stocks climbed upwards in tandem. 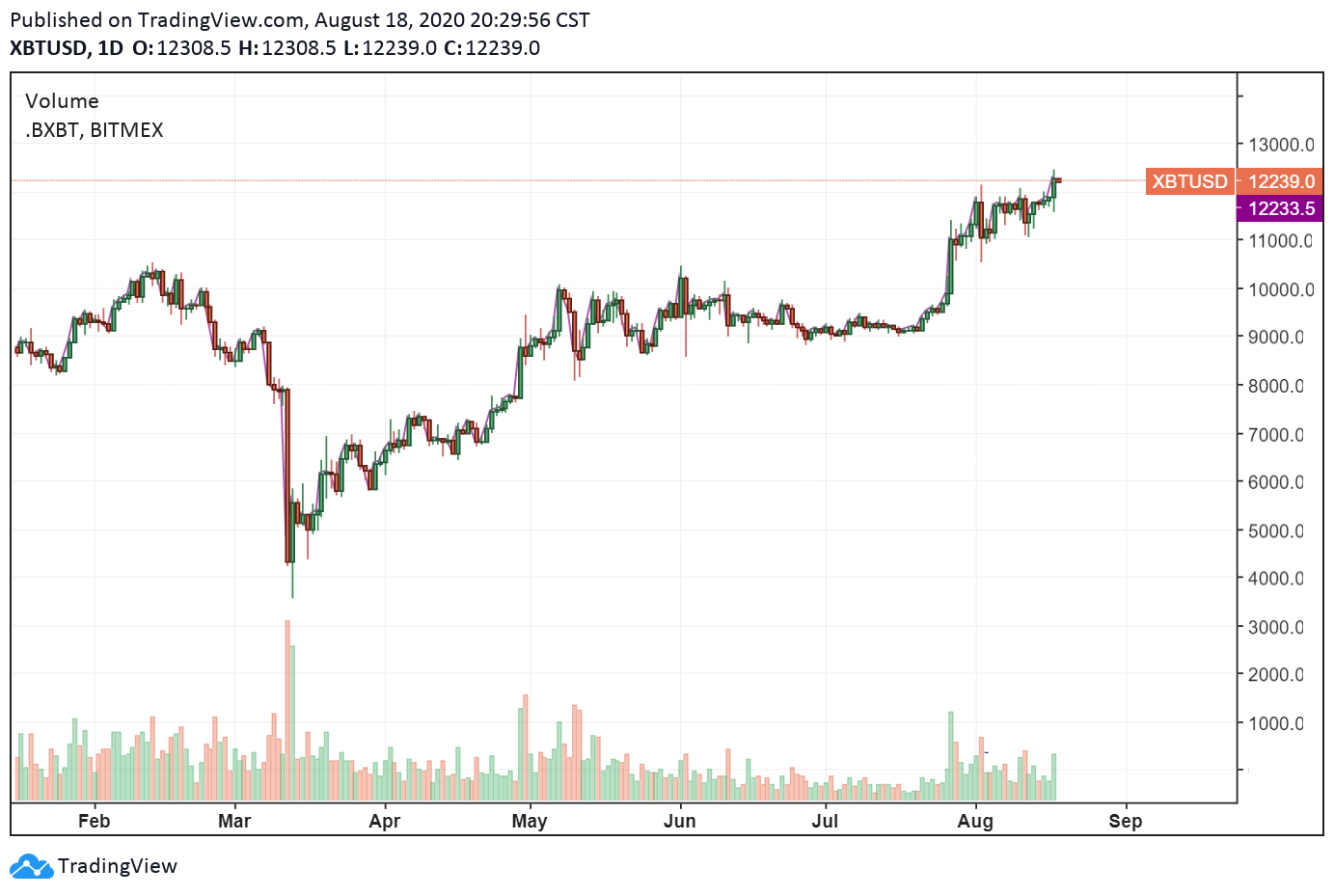 Researchers at market analysis firm CryptoCompare said that buyers were proactively pushing Bitcoin upwards in the last 48 hours. They said:

The U.S. stock market has risen in the past two days due to optimism towards the performance of â€œBig Tech.â€�Â

Pre-market data show the U.S. stock market awaits a slight gain at market open, with the Dow Jones and Nasdaq both set up for 54-point and 37-point gains.

The sentiment is positive, but will there be a pullback in September?

The price of Bitcoin is continuing to go up in tandem with the stock market, but some analysts are cautious about September. Historical data shows that September is typically the worst-performing month for Bitcoin.

If both the U.S. stock market and Bitcoin retrace, like gold, cryptocurrency analyst Edward Morra suggested that market turbulence might emerge. He wrote:

â€œIf BTC and SPX will resolve like Gold did – then decent correction for BTC is in September, for SPX – November. For BTC – September is usually the worst months histrionically, for SPX – elections in November so might cause some turbulence.â€�

For now, the confluence of a simultaneous rally between Bitcoin and stocks and the noticeable increase in buying demand is buoying the sentiment around Bitcoin.