Amid the 2018 market slump, the launch of new crypto venture funds reportedly outstripped that of new hedge funds for the first time.

Amid the 2018 market slump, the launch of new crypto venture funds for the first time exceeded that of new hedge funds in the space, according to a Bloomberg report on Jan. 30. 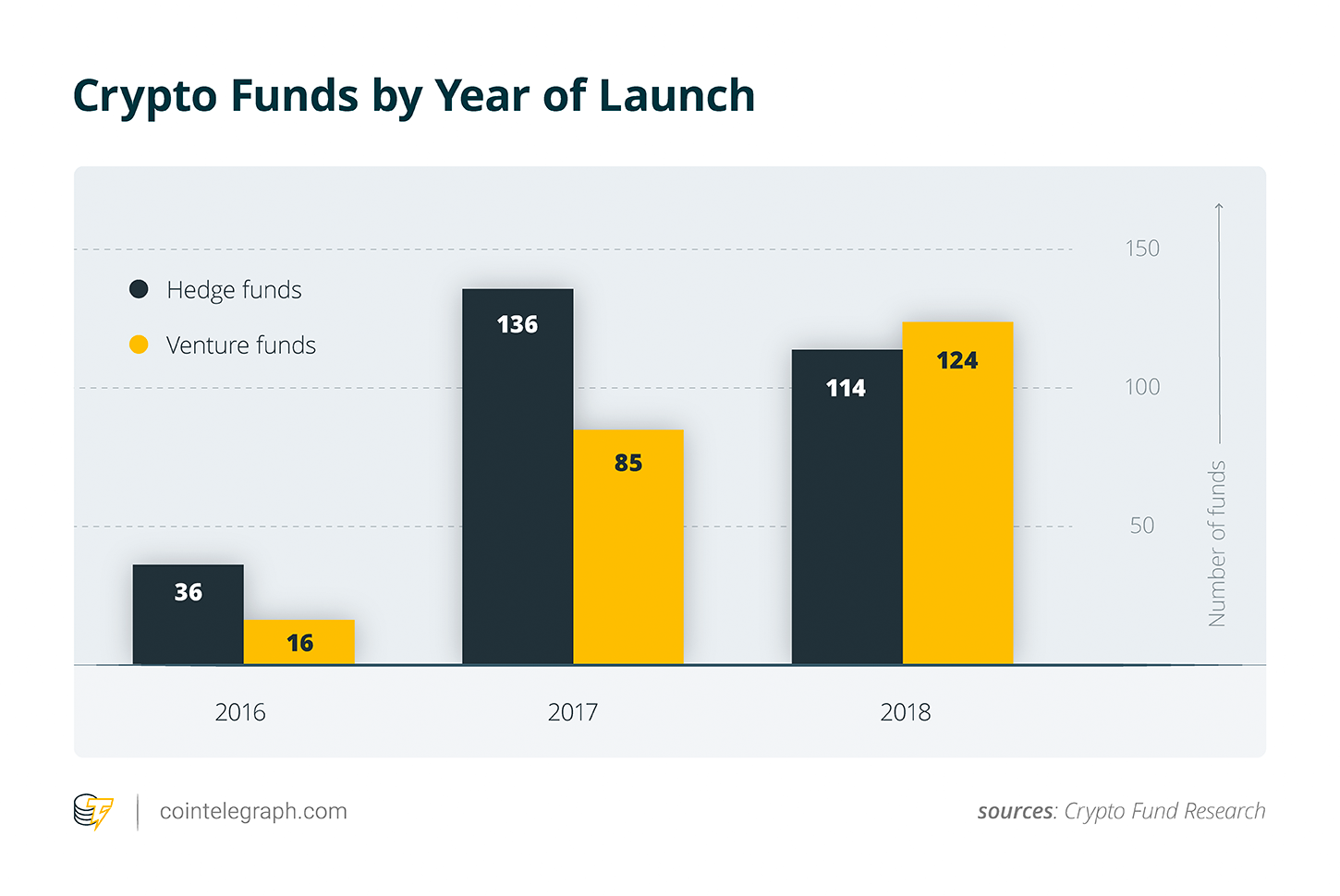 Bloomberg interviewed multiple industry figures who attributed the shift to the weakness in the initial coin offering (ICO) market — which was hit last year by both depressed cryptocurrency prices and a regulatory crackdown whose ultimate consequences remain to be seen.

With so many investors burned by the difficult trading climate, the moment is opportune for venture capitalists, as Jeff Dorman, partner and portfolio manager at Los Angeles-based Arca, argued:

“There’s going to be a lot of opportunity in distressed buying and even activist investing. Often you can buy below even the cash value of the company.”

Kyle Samani, managing partner at Multicoin Capital Management in Austin, Texas — which has historically pursued both a venture strategy as well as making token investments — noted that:

“Funds have silently transformed from hedge funds into venture funds as their liquid portfolios shrank in value, making a very high percentage of AUM [assets under management] illiquid.”

Another aspect of the changing tide is the reportedly rising popularity of SAFTs (Simple Agreements for Future Tokens), which allow funds to buy yet-to-be-issued tokens at slashed prices of up to 80 percent.

Pantera Capital Management’s Paul Veradittakit told Bloomberg that Pantera’s own ICO investment fund “is getting a lot more similar to venture,” and that SAFTs in particularly are a “de-risk[ing strategy that is] very very helpful.”

Bloomberg cites data from the Eurekahedge Crypto-Currency Hedge Fund Index, which estimates crypto hedge funds’ losses last year to have been about 70 percent on average.

Last fall, a report from weekly crypto news outlet Diar revealed that traditional venture capital investment in blockchain and crypto firms had almost tripled in the first three quarters of 2018.