Brave Browser takes the security and privacy of iPhones and iPads to the next level by partnering with Guardian, provider of VPN and Firewall services.

July 27, Brave Software partners with Guardian to bring greater levels of security and privacy to the iPhone and iPad users.

This partnership will combine the privacy stack of the two companies â€” Braveâ€™s privacy focused browser with Guardianâ€™s VPN and firewall service. The iOS users of Brave Browser will be able with one click to turn on Brave Firewall + VPN that will protect the entire device from privacy intruding trackers. 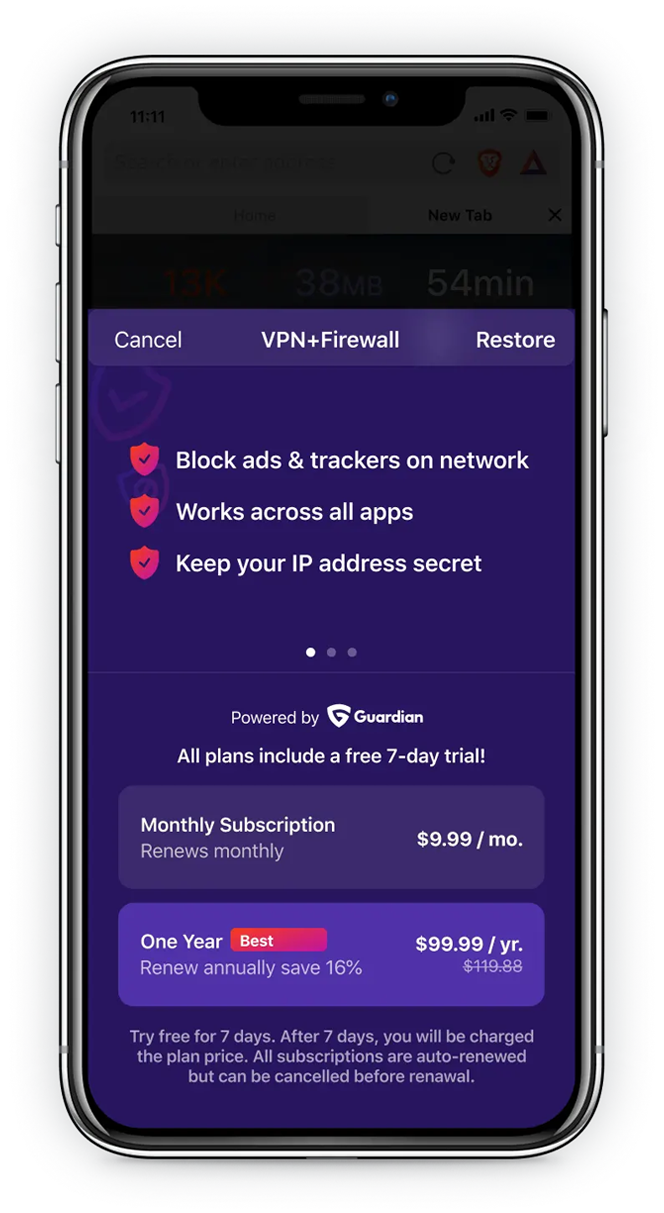 Guardian is good for Brave users

Brave CEO Brendan Eich told Cointelegraph that he has been a long-time user of Guardian VPN, and now Brave is making it easier for its users to discover this service:

â€œI’ve paid for their firewall already and I use it. But many users haven’t discovered it, with Brave we’re promoting it, making it easier, the switch is right there in the settings. So I think this is good for Guardian It’s good for Brave users who haven’t acquired a VPN.â€�

Brave users will not be able to subscribe to Guardianâ€™s VPN with Basic Attention Tokens (BAT), however. Apple does not currently allow it.

Discussing anti-encryption bills, Eich opined that even if such a bill were passed, it is unlikely that authorities would go after Brave. He believes that law enforcement would have more valuable targets to pursue:

â€œNow, if this turns into â€˜you must backdoor your browser, your open source browserâ€™, I would be very surprised because it won’t really work. And of course, I think that the higher value targets for it through three letter agencies are the operating systems that the code is always running. Weâ€™re just an alternative browser. I don’t think we’re going to get any new subpoenas or national security letters yet. If we did, I couldn’t tell you because I’d be dead.â€�

Brave is not a â€œnicheâ€� product

Eich does not see Brave as a â€œnicheâ€� product. He feels it is on the same growth trajectory as Firefox, with the pro-privacy momentum helping to overthrow Googleâ€™s market dominance:

â€œWhat we don’t view ourselves as â€˜nicheâ€™, every browser goes through it from zero to one, to in our case, heading toward 16 million users monthly. So, that’s not niche,that’s getting through the same growth curve that Firefox did back in the day. [There is] a rising sort of wave of consciousness that comes from this lead user cohort from and reporters who break these stories, antitrust regulators and others who are taking Google to court.â€�

Brave recently itself came under fire from privacy activists who forked an â€œanti-adwareâ€� iteration of the browser.