BTC is trading at around $4,904 at press time, holding ground on the day after it broke the $4,500 price mark for the first time this year. The coin has gained 17.66 percent on the day, while its weekly gains are over 22 percent.

Today, cryptocurrency bull Brian Kelly suggested that the next Bitcoin target is going to be $6,000, and that cryptocurrency market is finding its bottom. 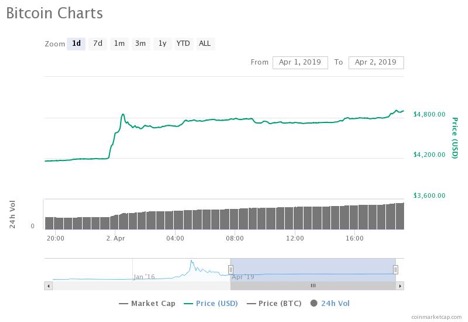 The second largest cryptocurrency by market capitalization, Ethereum (ETH), is also seeing significant daily gains, up by over 16 percent at press time. The altcoin is now trading at $164.76, while its highest price point on the day was $163.63. 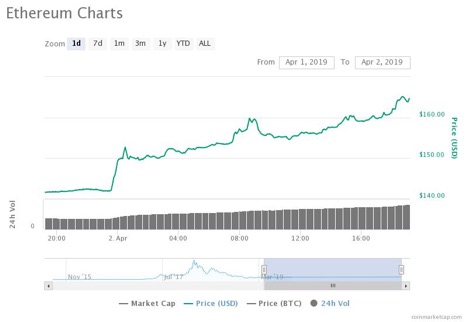 Ripple (XRP) is also up by around 13 percent over the past 24 hours and is trading at $0.3523 at press time. After peaking to as high as $0.348 in the middle of the day, XRP dipped slightly and has nonetheless sustained a gradual upturn to its current price.

As reported earlier today, Switzerland’s principal stock exchange, SIX, listed an XRP-based Exchange Traded Product, claiming that this is the first such product on the market. 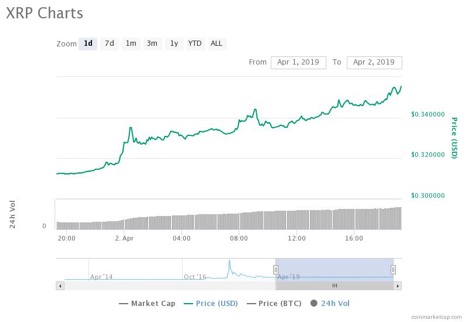 On the top-20 cryptocurrency list on CoinMarketCap, all the coins are in the green zone, reporting gains between 0.53 and 44 percent over the past 24 hours at press time.

Among the top gainers, Bitcoin Cash (BCH) is seeing the most gains on the day, up over 44 percent to trade around $242.70. Bitcoin SV is reporting the second most growth, up over 32 percent and trading at around $87.56, while Litecoin (LTC) has seen an increase by over 25 percent on the day to trade at $76.17.

Total market capitalization of all cryptocurrencies is around $172.39 billion as of press time, up from the intraweek low of $137.90 on March 27. 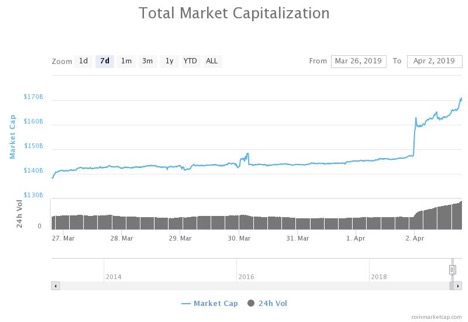 Today, technology stocks have returned to near-record levels, according to Bloomberg. The communications services sector, including companies such as Netflix Inc., Facebook Inc., and Google-parent Alphabet Inc., has seen a rebound in recent months, with about a 23 percent upturn since its December bottom.

CNBC reported earlier today that the Dow Jones Industrial Average had slumped for the first time in four sessions. The 30-stock Dow closed 79.29 points lower at 26,179.13, while the S&P 500 ended the day just above the flatline at 2,867.24.

ShareTweet
Comments Off on Crypto Market Rally Continues With Bitcoin Above $4,900, Tech Stocks Bounce Back