Crypto Markets Edge Back Into The Green After Mid-Week Correction

Crypto markets edge back into the green after their significant dip earlier this week.

The top ten coins by market cap are mostly in the green today, as markets make a tentative recovery following their significant dip earlier this week, Coin360 data shows. Bitcoin (BTC) hit $9,500 at one point in early trading hours this morning. The coin is currently holding ground, hovering around the $9,250 mark, with a value gain of less than 1 percent over 24 hours to press time. Ethereum (ETH) is down slightly, after being over 5 percent in the green yesterday, April 28, now trading around $674, down about 0.5 percent as of press time. 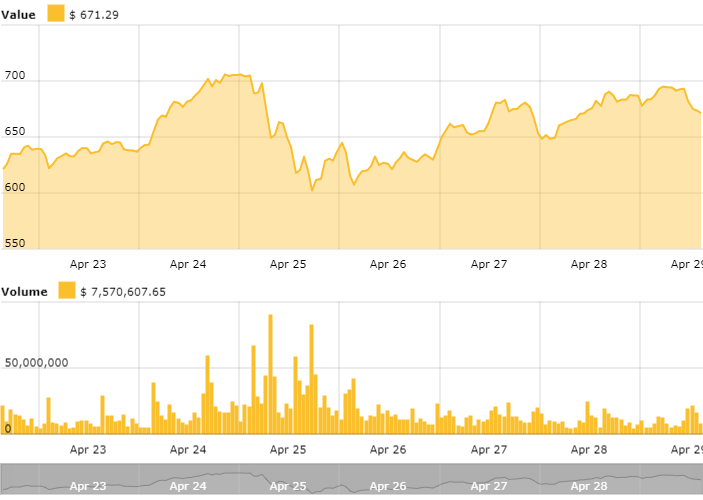 Of the top ten coins on Coinmarketcap, Cardano is making the strongest gains, up over 10 percent, with its total market cap brushing $10 bln earlier today . 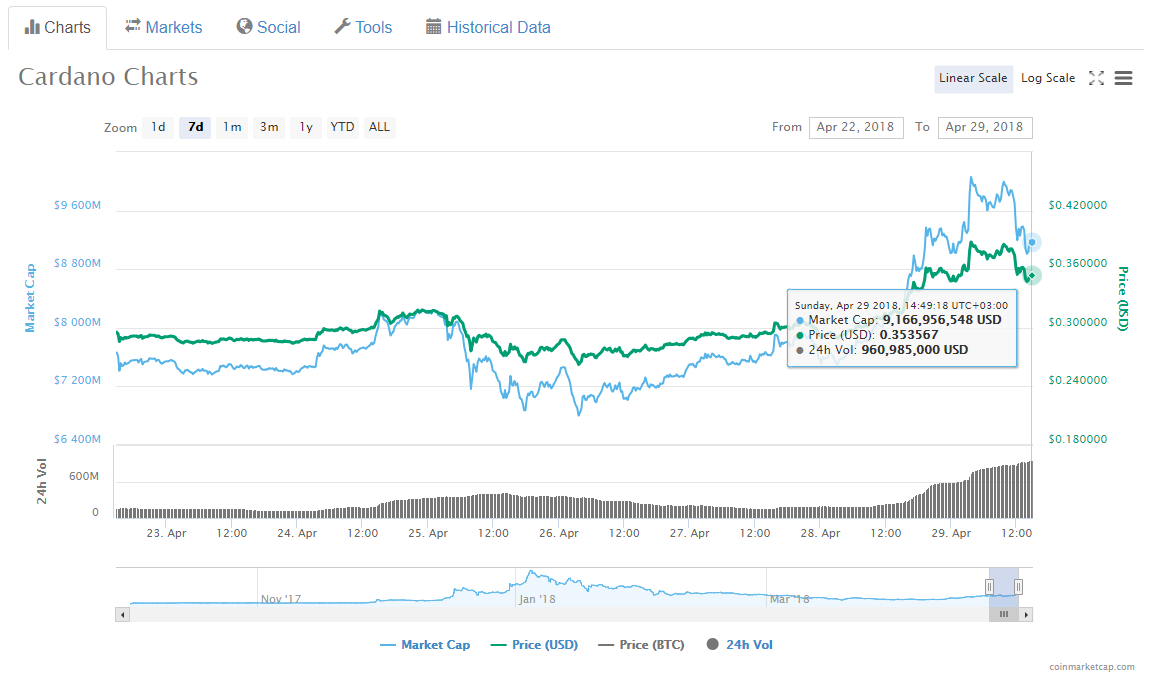 EOS has also seen a healthy rise of over seven percent in the same 24 hour period, trading around $20.22 to press time, indicating that the markets are continuing to respond positively to the pre-release of its Blockchain scalability platform EOSIO Dawn 3.0 on April 6. Total market cap is currently around $425 bln to press time, according to data from CoinMarketCap, with BTC dominance at 37%.

Market just hit 50% of the ATH in Jan. On that day BTC was at $17500 and had a lower dominance than today! pic.twitter.com/l7xuEPnF8L

Yet others from the traditional financial sector continue to balk at short time volatility, with American investor, Warren Buffett, again scorning investment in cryptocurrencies in an interview yesterday, April 28. The 87-year old investor joined ranks with other Bitcoin sceptics, such as the ousted Paypal CEO, Bill Harris, who this week said that “Bitcoin is a scam,” and that crypto traders are “drinking the Kool-Aid”, in an apparent reference to the poison-laced drink which killed over 900 cult members in the Jonestown Massacre of 1978.