The crypto markets are continuing to sink after a week of bad news following the Bithumb hack and Japan’s crypto exchange crackdown.

The crypto markets are continuing to take a tumble today, June 23, following slew of FUD-like news from the crypto sector in South Korea and Japan. 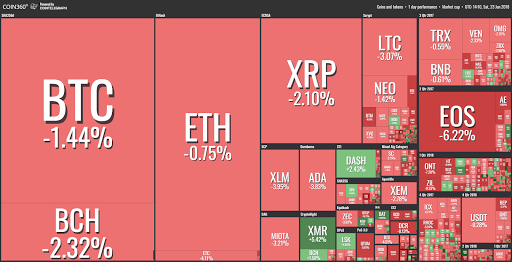 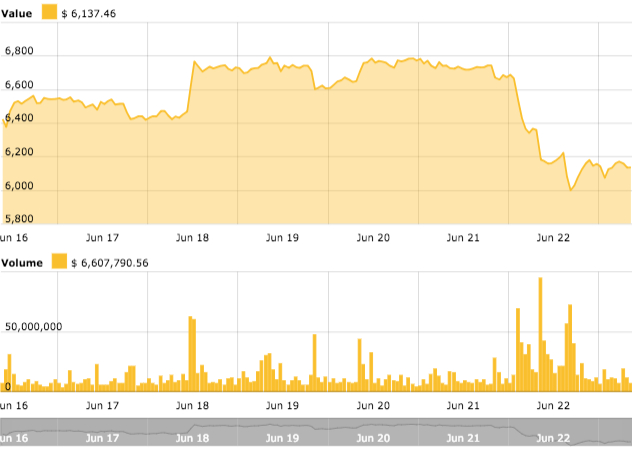 Ethereum (ETH) is slightly down, trading for around $472 and down almost 1 percent over a 24 hour period to press time. Of the top ten coins listed on Coinmarketcap, EOS is down the most, a little more than 8 percent over a 24 hour period and trading at around $8.24 by press time.

EOS’s price fall follows the controversy that arose after the mainnet launch when EOS block producers took it upon themselves to lock seven account associated with phishing scams, prompting questions about the coins decentralized system.

EOS is also one of the top traded coins on the hacked exchange Bithumb, which has since fallen from sixth to eleventh place of exchanges by trading volume on Coinmarketcap.

Out of the top twenty Coinmarketcap coins, Dash is up the most, with a value increase of 2 percent over a 24 hour period and trading for around $245.59.

Total market cap is now around $255 billion, a number last seen on April 6. 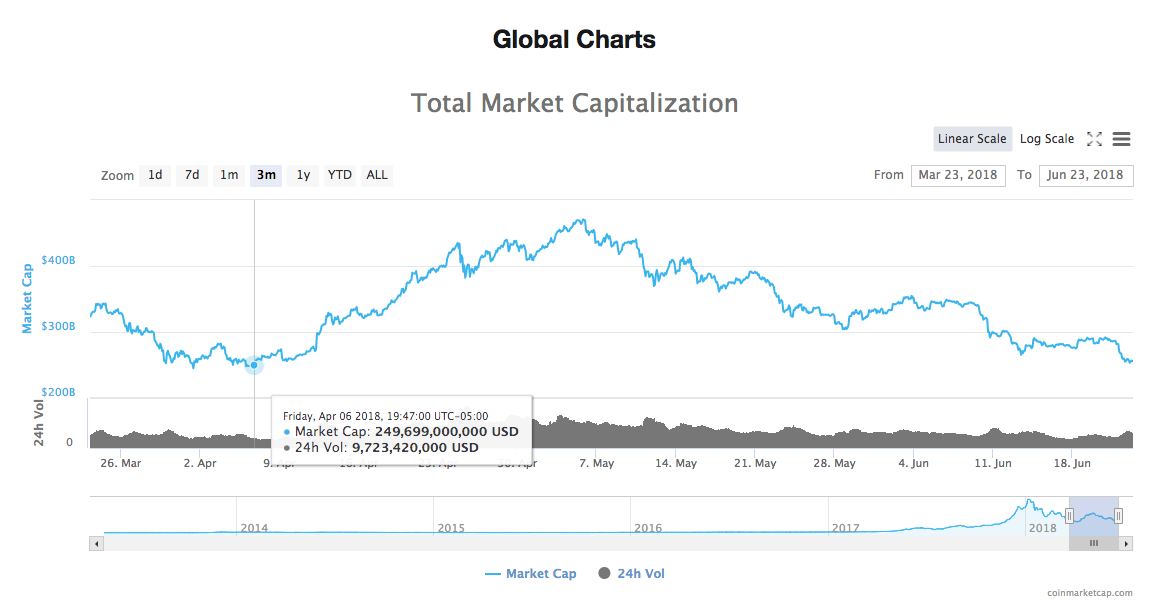 There were positive news this week too: the now-defunct Mt. Gox exchange has ended its Bitcoin sell-offs and formally entered civil rehabilitation proceedings.

Customers have also received reassurance from Bithumb that it will refund all users affected by the $30 million hack.

Crypto enthusiast Whale Panda tweeted about the Mt. Gox news yesterday, alleging that its positivity has kept it out of the FUD-loving mainstream media:

MtGox news is positive #Bitcoin news so will not be featured by mainstream media. They only do the negative stuff.