With crypto markets seeing little action over the past 24 hours, all major coins have nevertheless managed to keep their weekly gains.

Saturday, July 7: there is little action on the crypto markets today, with most coins either up or down by small percentages over the last 24 hours, according to Coinmarketcap. The total market capitalization is up by a little under $1 billion since the same time yesterday. Bitcoin (BTC) is hovering around $6,635 as of press time. While it is experiencing almost no movement either up or down, it has still managed to keep this week’s gains, as it is up around 4 percent since last Saturday. 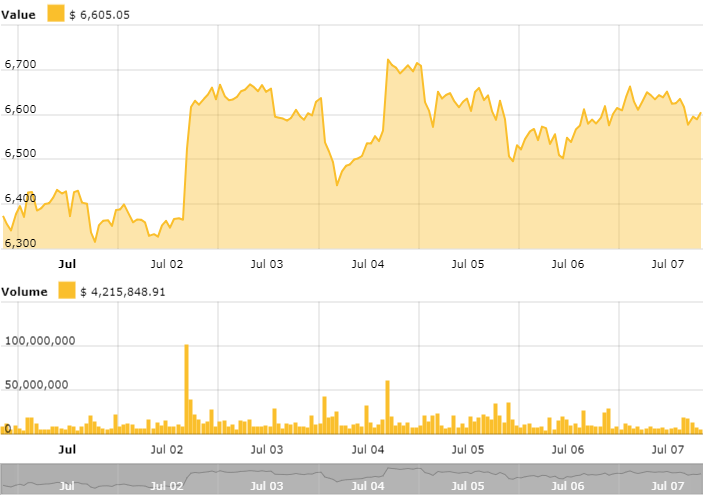 Similarly, Ethereum (ETH) is standing its ground, at around $467, up a little under 1 percent in 24 hours to press time and about 5.5 percent over the past seven days. 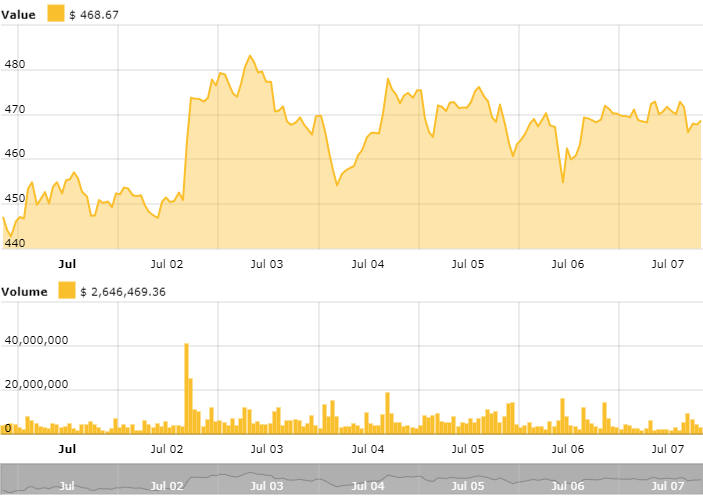 Total market cap of all cryptocurrencies is at around $266 billion as of press time, remaining relatively stable over the past 24 hours.

Total market capitalization of all cryptocurrencies from Coinmarketcap

The indecisiveness of the markets has been mirrored by a mix of positive and negative news. French government official Jean-Pierre Landau has called for a hands-off approach to crypto, whereas Germany’s Ministry of Finance has adopted a more cautious approach, saying that state-issued digital currencies are associated with “not well understood” risks.

On a more positive side, there have been news of two key professionals joining the blockchain industry: the Winklevoss twins’ Gemini crypto exchange has hired NYSE Chief Information Officer Robert Cornish, and Facebook had seen it’s Director of Engineering Evan Cheng move to the same position at the company’s blockchain team.