Crypto markets are seeing a notable price spike today, with most of the top 100 coins in the green and total market cap growing $13 bln in an hour.

Most of the top 100 cryptocurrencies by market cap are seeing gains today, June 18, with both Bitcoin (BTC) and Ethereum (ETH) up about 4 percent on the day to press time, according to data from Coin360. 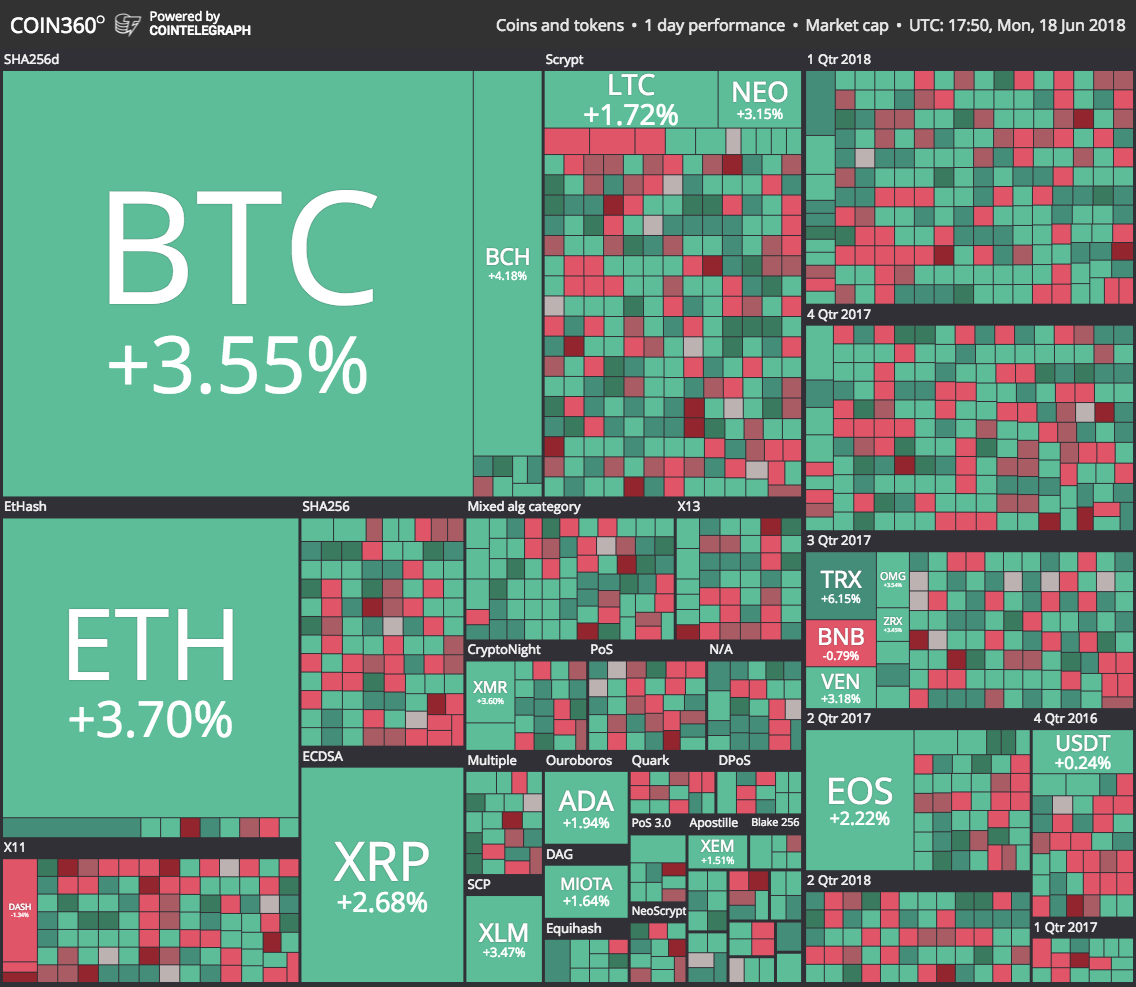 Total market capitalization of all cryptocurrencies is around $289.2 bln at press time, spiking up $13 bln in one hour and reaching levels only slightly less than its weekly high around $300 bln on June 12. 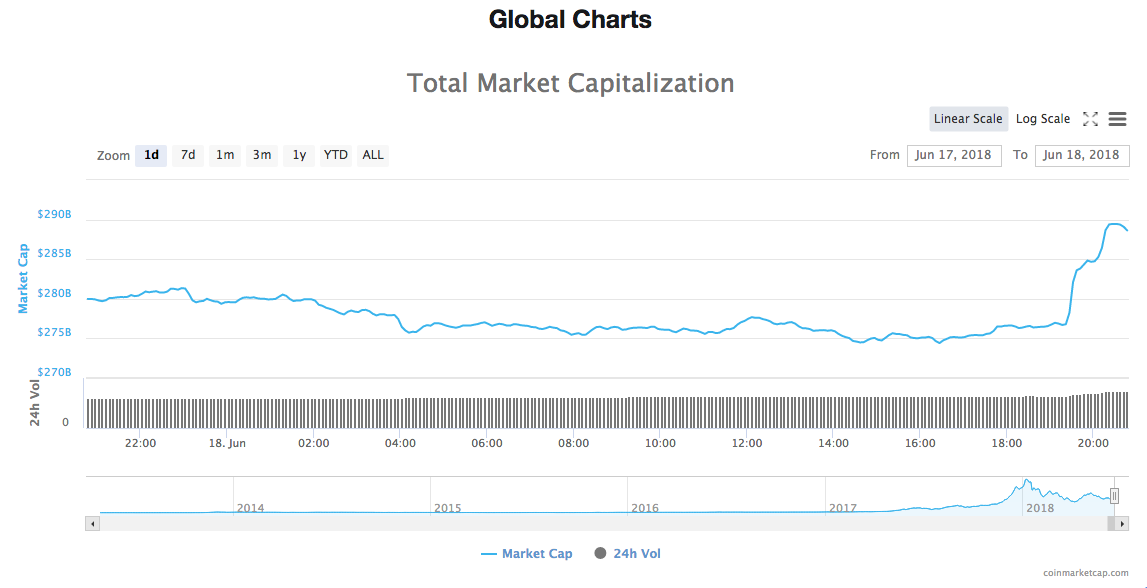 Total market cap of all cryptocurrencies from CoinMarketCap

Bitcoin (BTC) is trading around $6,735 at press time. The leading cryptocurrency saw a sharp spike in price today, recovering from its intraday low around $6,400. As of press time, CoinMarketCap data indicates BTC trading volumes of $3.9 bln over the past 24 hours, down from a high over $5 bln June 13-14.

The day’s solid gains come despite a scathing 24-page article that was released yesterday, June 17, by the Bank of International Settlements (BIS). The BIS – an organization made up of 60 central banks – leveled criticism at cryptocurrencies such as Bitcoin that are based on proof-of-work consensus mechanisms and permissionless blockchains, alleging they are “not scalable” enough to function as money in a global economy.

The bank’s report suggested that due to congestion of the blockchain, “the more people use a cryptocurrency, the more cumbersome payments become,” going so far as to raise the alarm that the “communication volumes” and storage demands associated with mass crypto adoption could even “bring the Internet to a halt.”

Ethereum (ETH) has seen a little over a 4 percent rise in the past 24 hours, trading around $520 at press time. As with Bitcoin, Ethereum’s positive reversal began late afternoon today, after the coin lost ground below the $500 mark to trade as low as $492.

Today the leading altcoin has returned to the price point it reached June 14, following positive and highly significant remarks from a senior Securities and Exchange Commission (SEC) official that Ethereum will not be subject to a securities classification under U.S. law. 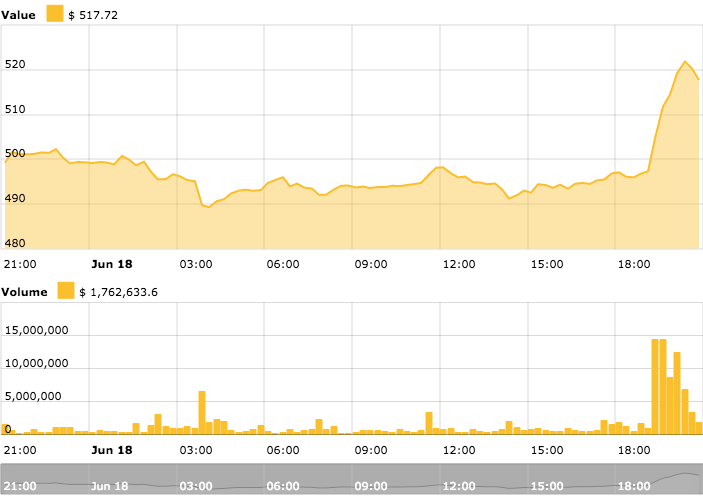 Among the top ten coins by market capitalization, all are in the green, with Bitcoin Cash (BCH) and Tron (TRX) up the most, both up around 5 percent on the day to press time.

Anonymity-oriented altcoin Dash (DASH), the 13th largest cryptocurrency by market cap, is one of the only top twenty coins in the red, seeing a modest 1.22 percent loss on the day and trading around $266 at press time.