The crypto markets are seeing more lows today, with Bitcoin, Ethereum, and altcoins all seeing red.

The crypto markets continue their slump today, June 26, with most of the coins on Coin360 seeing red. Stablecoin Tether’s release of 250 million tokens yesterday, June 25 had prompted some on Twitter to predict a price increase in Bitcoin, as Tether had been reportedly connected to Bitcoin price manipulation in 2017.

Ethereum (ETH) is also slightly down, losing almost 5 percent over a 24 hour period and trading at around $446. 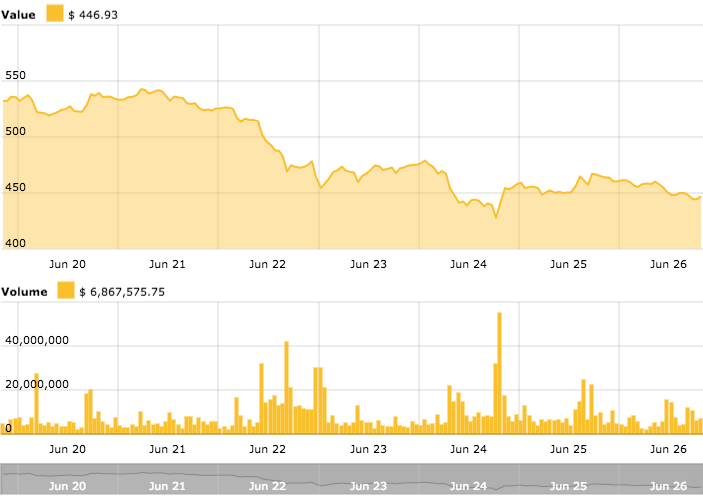 Of the top ten coins listed on CoinMarketCap, EOS, whose mainnet went live at the beginning of June after the completion of a year-long $4 billion Initial Coin Offering (ICO) is down the most, almost seven percent over a 24 hour period, trading for around $8 by press time.

After the initial launch, the mainnet had reportedly “frozen” for about four hours. EOS had also come under fire on crypto Twitter for a series of orders from the EOS Core Arbitration Forum (ECAF) to block user accounts that some say puts the coin’s decentralized system in jeopardy. 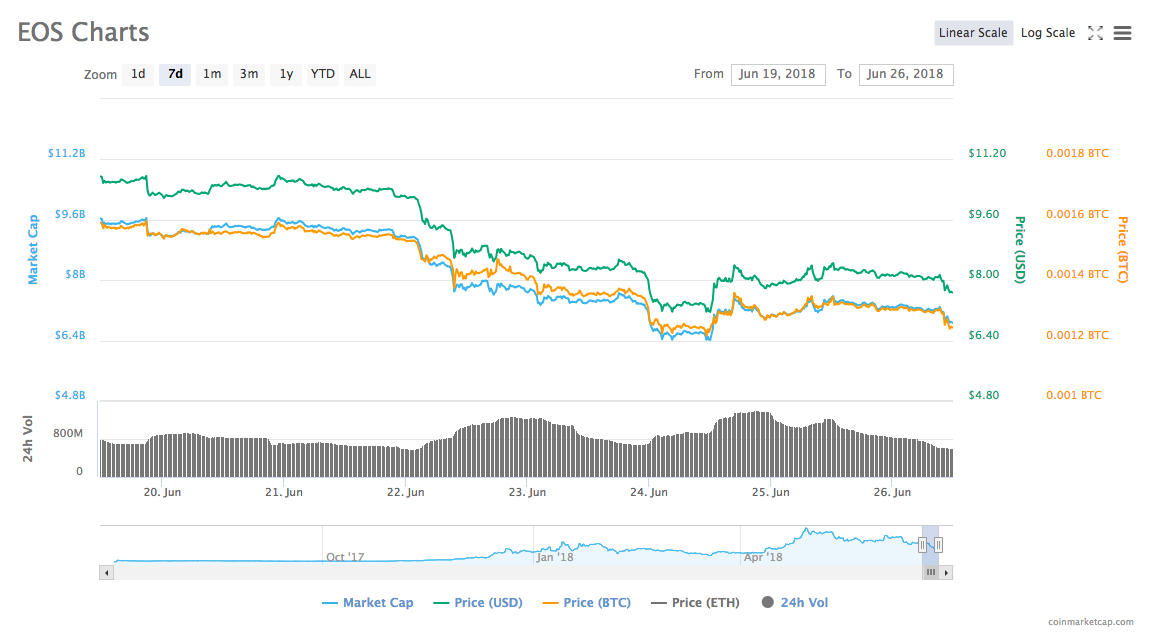 Coinmarketcap cryptocurrency exchanges rankings have been shaken up this week, as two crypto exchanges — CoinBene and Bit-Z — shot to first and second place after their addition of a “transaction fee mining” model.

Binance, usually ranked first, has been pushed to fourth place, which also could be attributed to the postponement of restarting the trading and withdrawals following a risk warning after an already prolonged update.