Less than 48 hours after its launch, EOS mainnet faces a system failure, which block producers are working to correct.

Less than 48 hours after going live, the EOS Mainnet has “paused,” according to multiple reports on Twitter and a Steemit post by the top 21 EOS block producers (BPs), June 16.

While the BPs and “many standby nodes” scramble “to identify and fix the issue,” transactions appear to be ”frozen” on the EOS Mainnet. The cause of the freeze in transactions is still unclear, with the EOS Mainnet Status Update on Steemit claiming to be addressing the issue.

EOSUK, one of EOS’ BP candidates, reports that the EOS network monitor currently shows multiple BPs displayed as “red,” meaning that their application programming interfaces (APIs) are not responding. One of the possible reasons for the network freeze is a DDoS attack, according to EOSUK Twitter account, which said: “Lots of RED on the EOS Network Monitor as EOS Mainnet Crashes.”

Top 21 Block Producers and Standby Nodes posted on Steemit, claiming to have formulated “a method to unpause the chain” roughly an hour after the issue was identified. They also wrote that normal functions should be available within three to six hours from the time of publication of their report.

EOS is currently the highest-funded initial coin offering (ICO) ever, raking in an estimated $4 billion before its launch. It intends to compete with Ethereum as a platform for decentralized applications (DApps), claiming to have achieved inter-blockchain communication.

The markets have reacted to the news mildly, with EOS’ price going down 3% in 24 hours to press time. The coin is now trading at $10.43, according to Coinmarketcap. 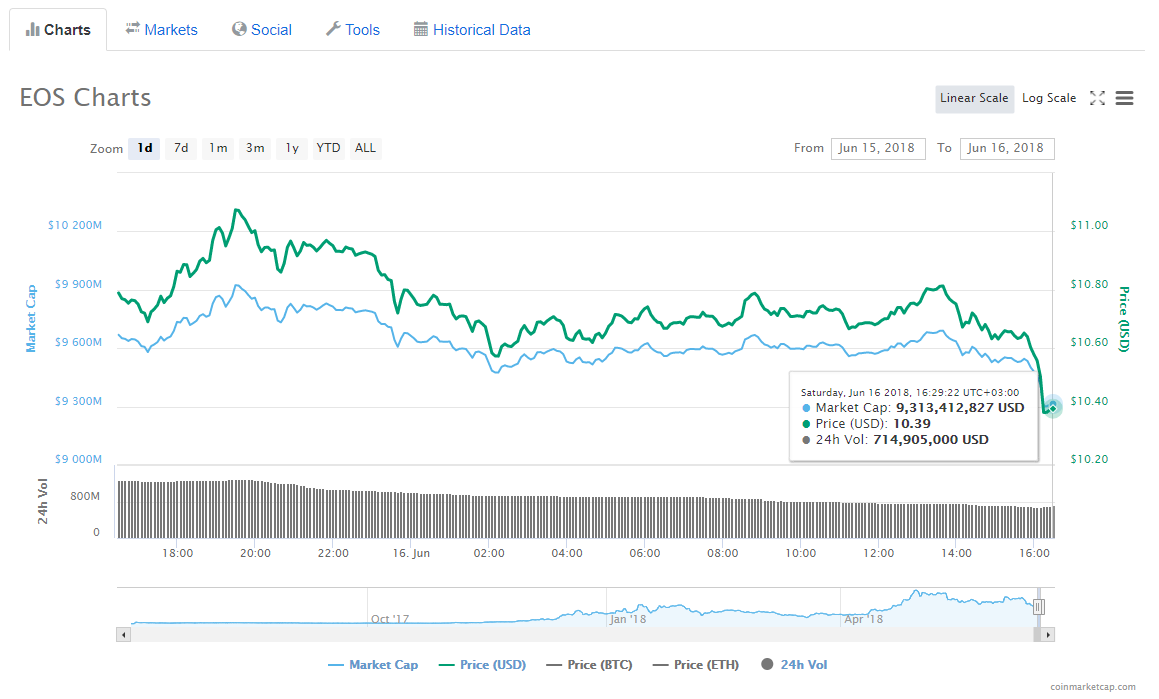 As of press time, EOS has not responded to Cointelegraph’s request for comment.