Investors Dollar-Cost Averaging Bitcoin Since 2017 Made a 61.8% Return

Data shows investors who dollar-cost averaged into Bitcoin even since the $20,000 peak are profitable.

Researchers at Coin Metrics found that investors who dollar-cost averaged into Bitcoin (BTC) since the $20,000 peak in 2017 would still be profitable. According to researchers, an investor who continuously bought BTC over the past three years would have a 61.8% return.

Although the price of Bitcoin fell significantly from $20,000, there were extreme low points in 2019 and 2020. Investors who capitalized on these strong downtrends will easily be sitting on handsome profits today.Â 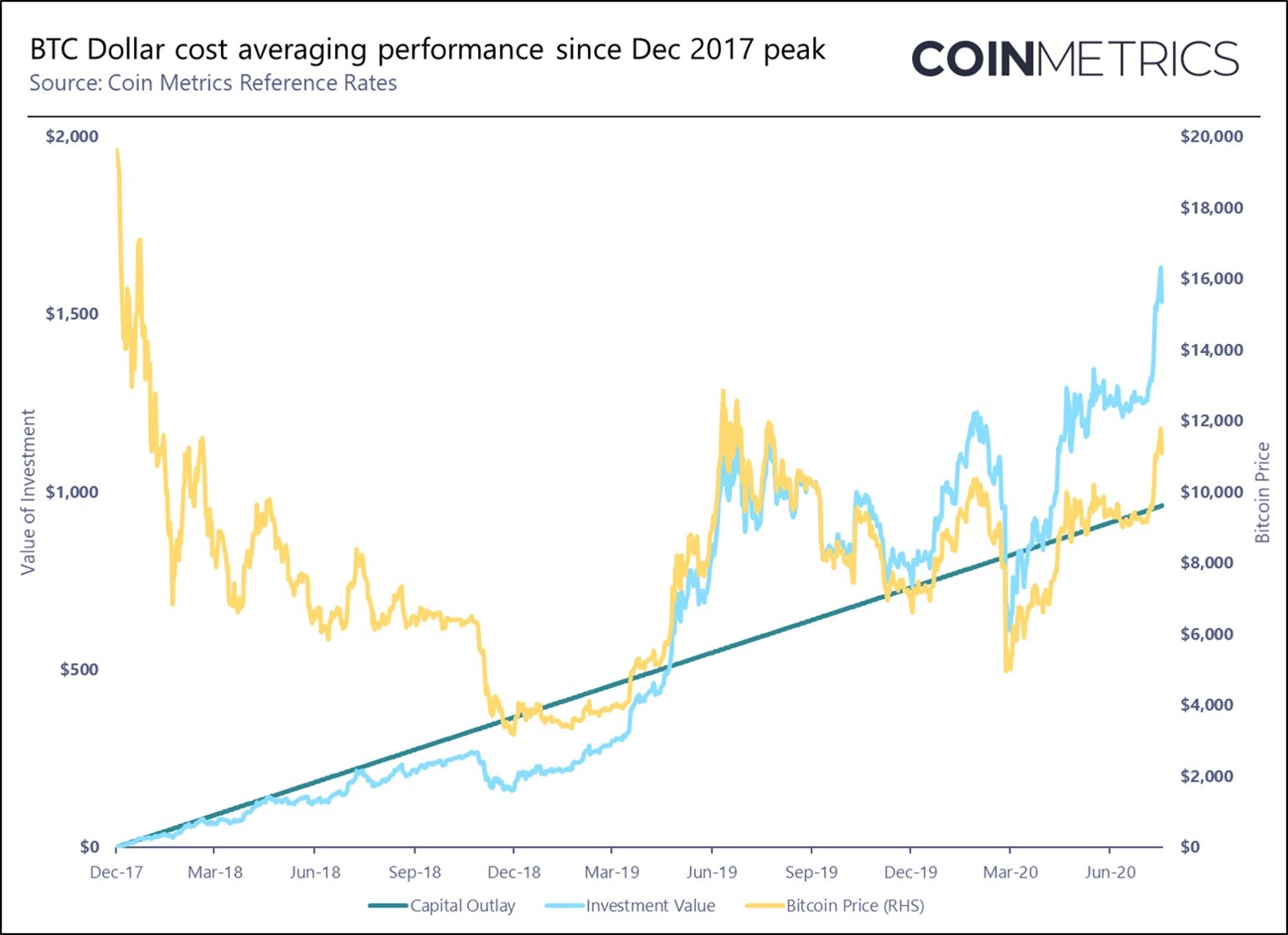 Data shows the resilience of Bitcoin

In Bitcoinâ€™s early days, the high-profile investors and financial institutions doubted its survivability. Some companies were cautiously optimistic towards cryptocurrencies, but the majority kept their distance from the newly-emerging asset class.

Over time, as the price of Bitcoin has recovered strongly from extreme corrections to $3,150 and $3,600, investor sentiment changed. In June, JPMorgan, whose CEO publicly criticized Bitcoin in 2018, said the top cryptocurrency has staying power.

â€œThat suggests that there is little evidence of run dynamics, or even material quality tiering among cryptocurrencies, even during the throws of the crisis in March.â€�

As billionaire investor and hedge fund legend Paul Tudor Jones said, Bitcoin strengthens each day it survives. Compared to other asset classes, BTC is still relatively young, which makes it attractive to investors.

The longevity, staying power, and resilience of Bitcoin have allowed the digital asset to recover fairly quickly from large pullbacks. This cycle of high peaks and extremely low bottoms make cost-averaging a profitable method of gaining exposure to Bitcoin.

Realized cap or price attempts to discover the price every investor bought Bitcoin at historically. Glassnode describes the metric as follows:

â€œRealized Cap values different parts of the supplies at different prices (instead of using the current daily close). Specifically, it is computed by valuing each UTXO by the price when it was last moved.â€� 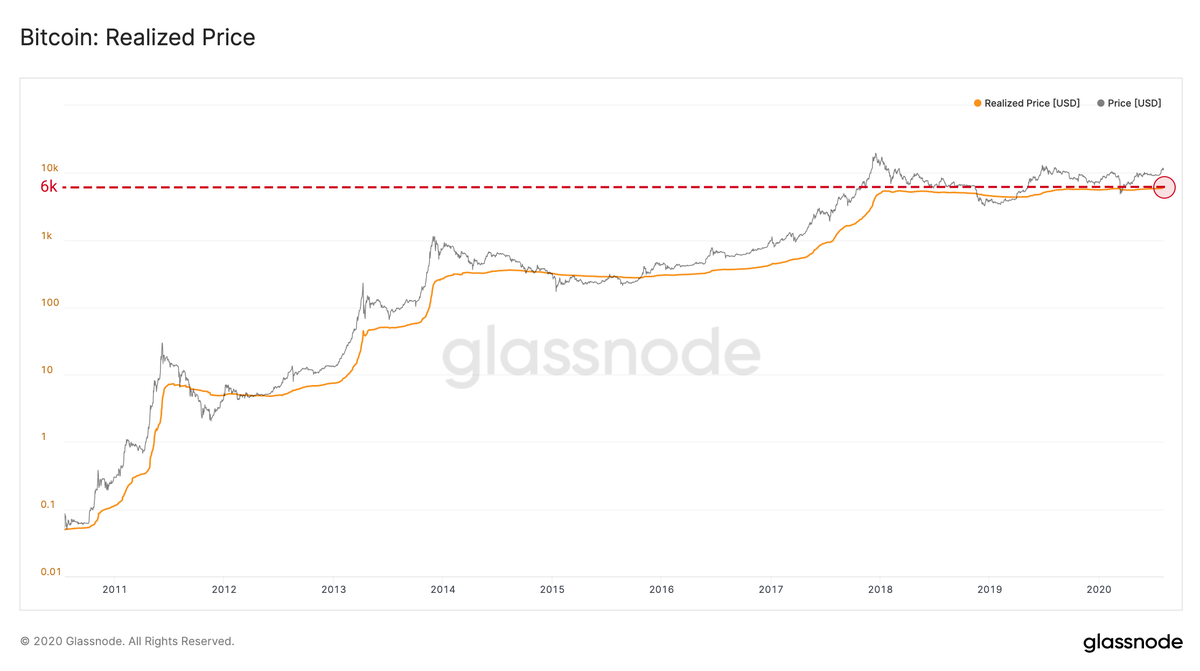 The record-high realized price of Bitcoin indicates that the number of addresses that bought BTC at higher prices increased. This signals that an influx of new investors arrived as the price of BTC rose.

On-chain metrics indicate that Bitcoinâ€™s momentum is strengthening as new capital arrives. New investors with a long-term strategy might find the results of dollar-cost averaging quite compelling.

ShareTweet
Comments Off on Investors Dollar-Cost Averaging Bitcoin Since 2017 Made a 61.8% Return