Is the Bitcoin Bull Market in Jeopardy After Failure to Break $12,000?

Bitcoin price is slowly recovering from yesterdayâ€™s $700 drop but is another shot at $12K expected in the short term?

On August 11 the price of gold and silver showed some corrective movements, the same was seen in the cryptomarket. Bitcoin (BTC) dropped by $700 from $11,800 to $11,100 in one day, marking a short term correction.Â

However, is the overall bullish momentum gone from the crypto markets? Given the strong surges from Chainlink (LINK) and Tezos (XTZ) today, it seems that the bull market is still on fire.Â 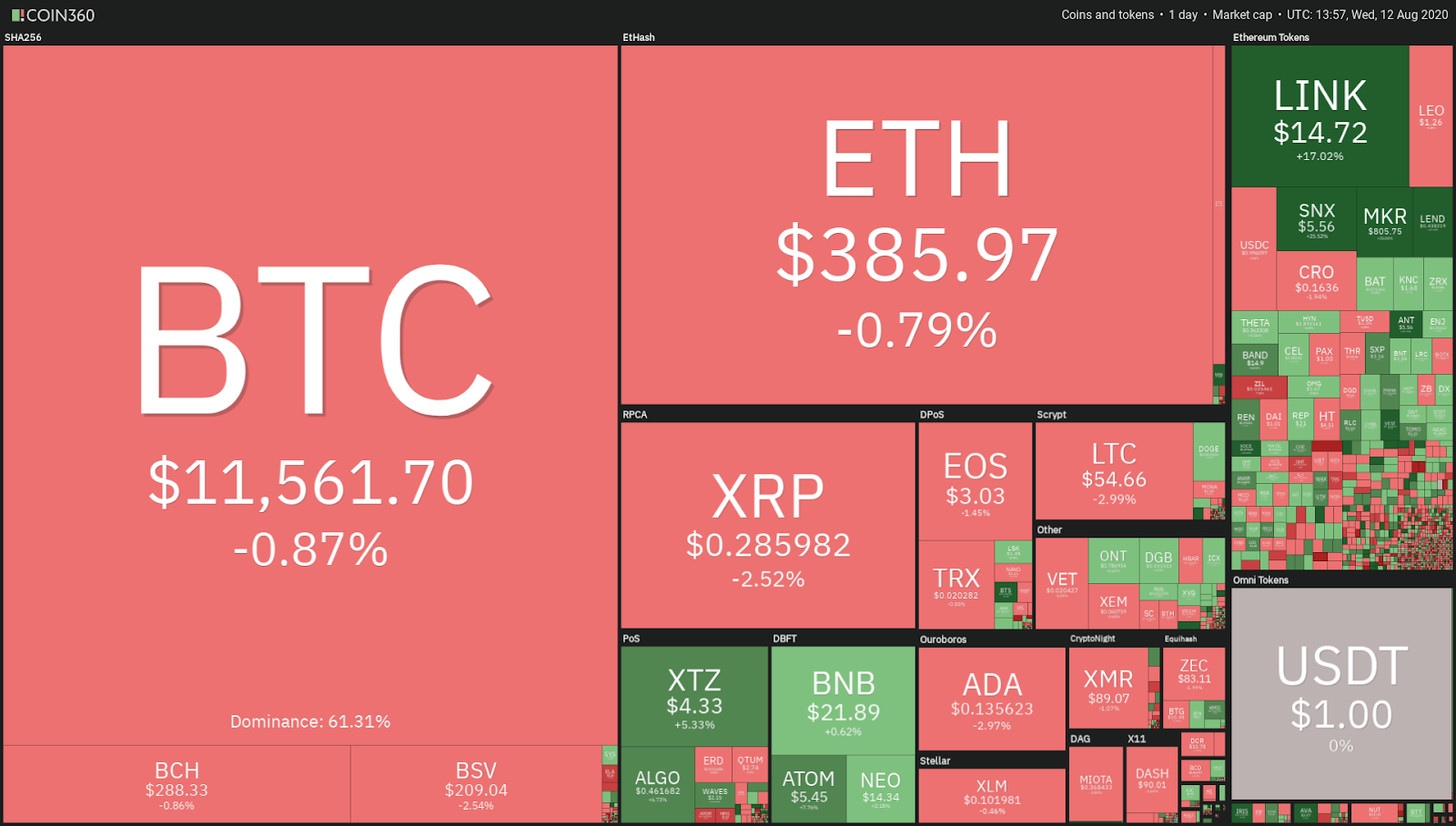 If Bitcoin wants to sustain bullish momentum, the crucial support is between $11,100-11,300 as shown in the following chart. 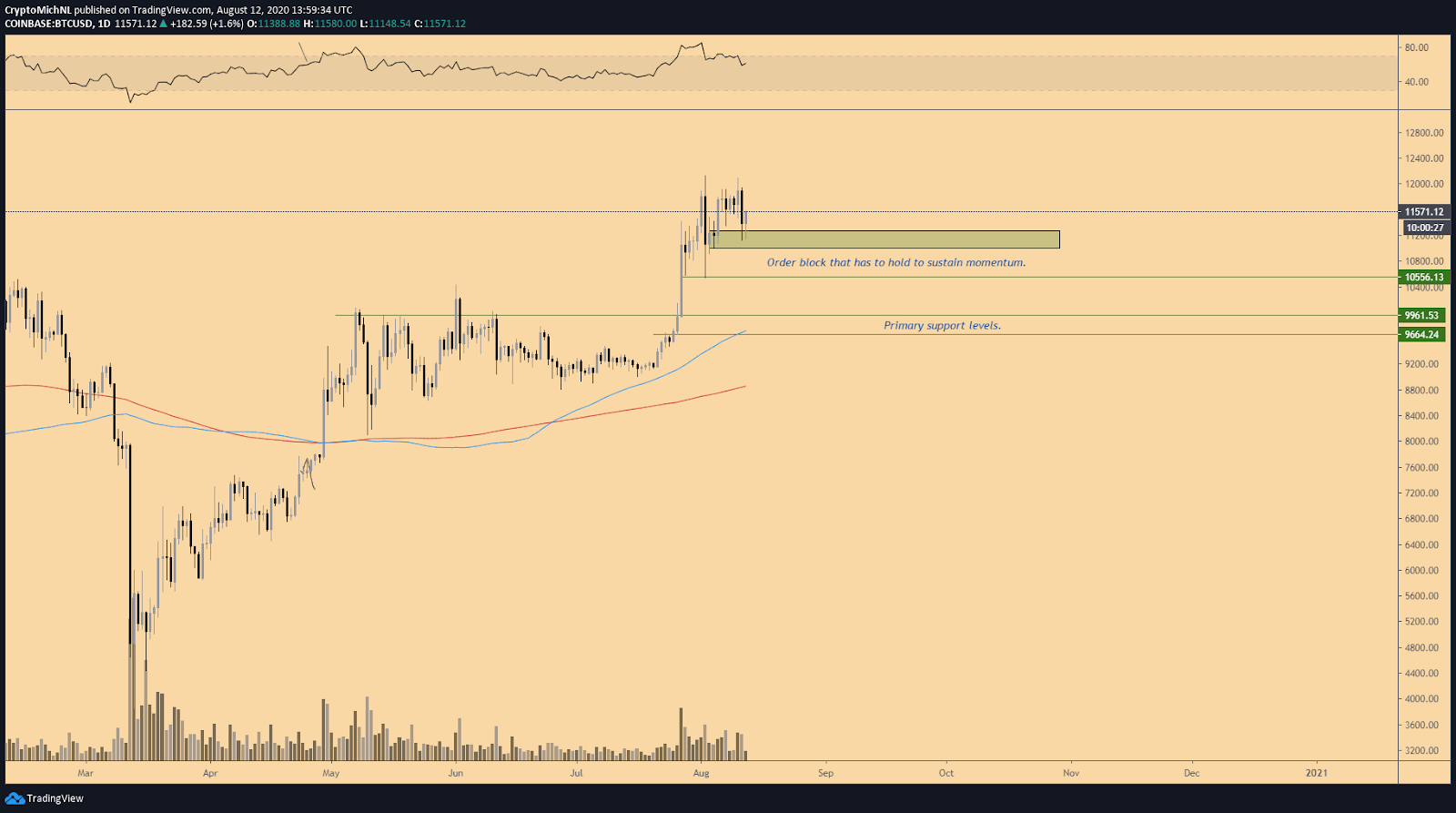 The daily chart shows a crucial support level in the green box. As long as that level sustains support, further momentum is likely to expect.Â 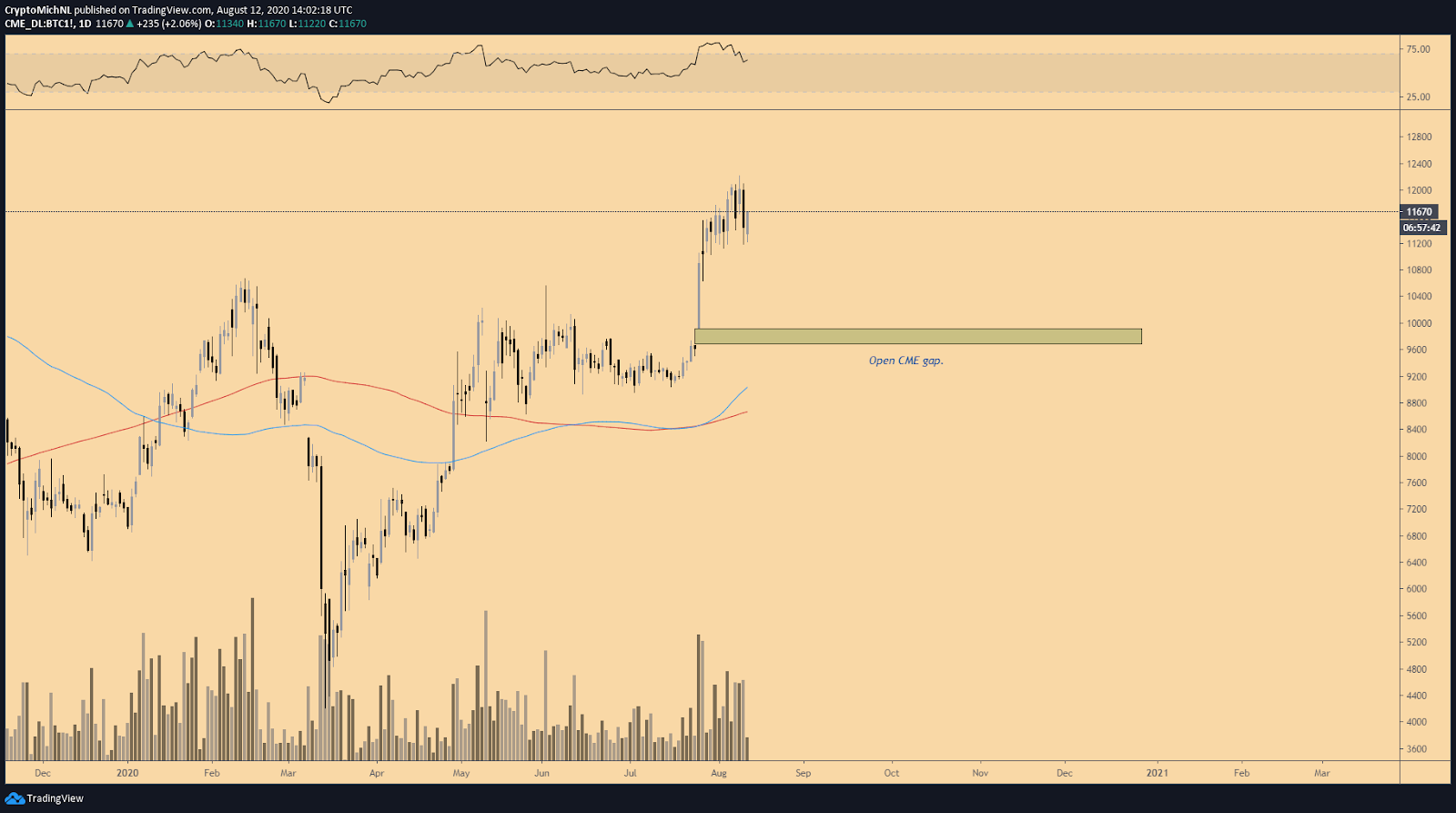 Open gaps are quite frequently tested and closed before the market continues to rally upwards. In this case, the price accelerated in the weekend, through which a CME gap is left open between $9,650-$9,900.

If the price of Bitcoin drops below $11,200, itâ€™s likely to expect that the price will continue to fall towards these regions as multiple arguments are lining up. Not only are horizontal support levels found in this area, but the 100-day and 200-day moving averages are also approaching these zones to consistently provide support.

What are the short term levels to watch for Bitcoin? In the short term, the trend has switched as the price is making lower highs. Lower highs frequently indicate further downwards momentum, through which breaking those resistance levels are crucial if the price of Bitcoin wants to continue moving towards $15,000. 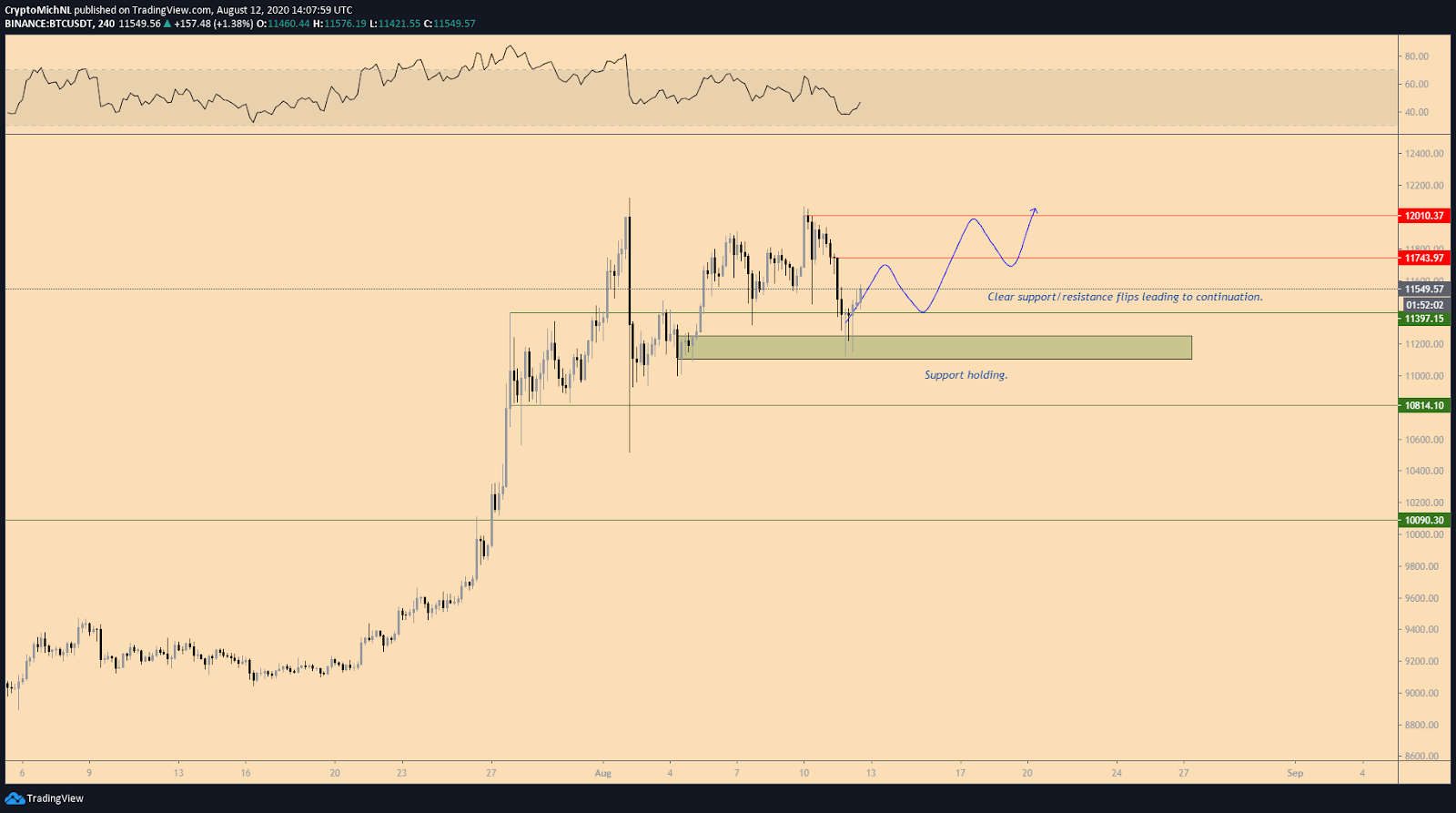 The bullish scenario is defined in a straightforward manner. First of all, a rejection at the $11,700 level is likely to be expected, after which a test of $11,400 should provide support.

If this scenario plays out, a likely break above $12,000 is on the tables. What are the targets for Bitcoin after this level?Â 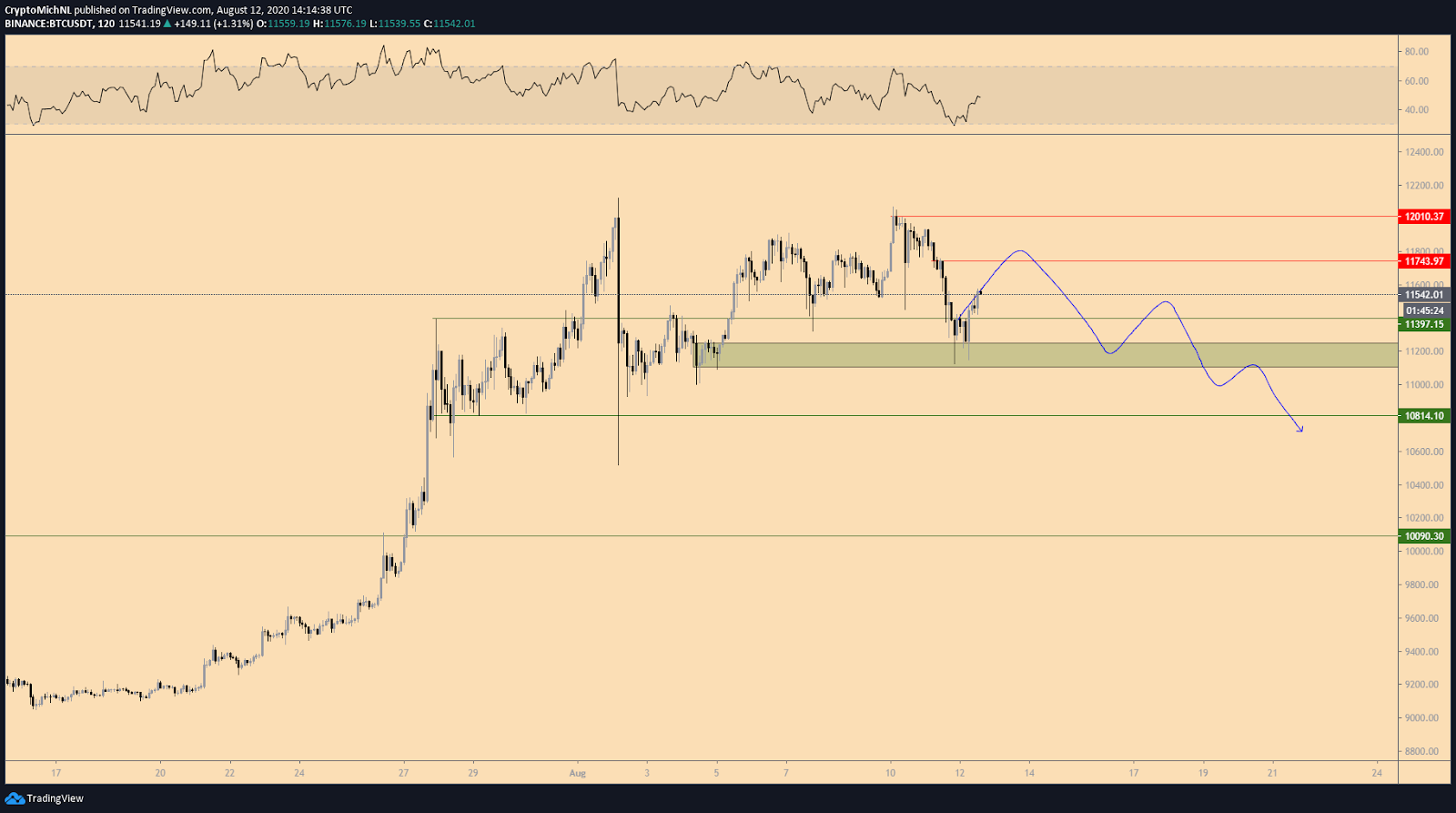 The bearish scenario is surrounded by the same crucial levels, as a rejection at $11,700 could lead to a substantial drop.

However, in the bearish scenario, the $11,400 level doesnâ€™t provide support. Through such a drop, the $11,200 level could be tested another time, and the more often a level gets tested, the weaker it becomes.

ShareTweet
Comments Off on Is the Bitcoin Bull Market in Jeopardy After Failure to Break $12,000?