More Than 10,000 New Blockchain Companies Established in China in 2020

LongHash said Chinaâ€™s blockchain companies have increased substantially and recorded an all-time high in 2020 despite Covid-19.

Blockchain and crypto data platform LongHash revealed on August 8 in a tweet that Chinaâ€™s blockchain sector has grown substantially despite the pandemic this year. It stated that over 10,000 blockchain companies were established between January and July.Â

The report also shows the current number of blockchain-related companies in China is on track to surpass 2017â€™s total figure. LongHash said 2020 could also pass 2018â€™s total of 18,500 and for a new all-time high. 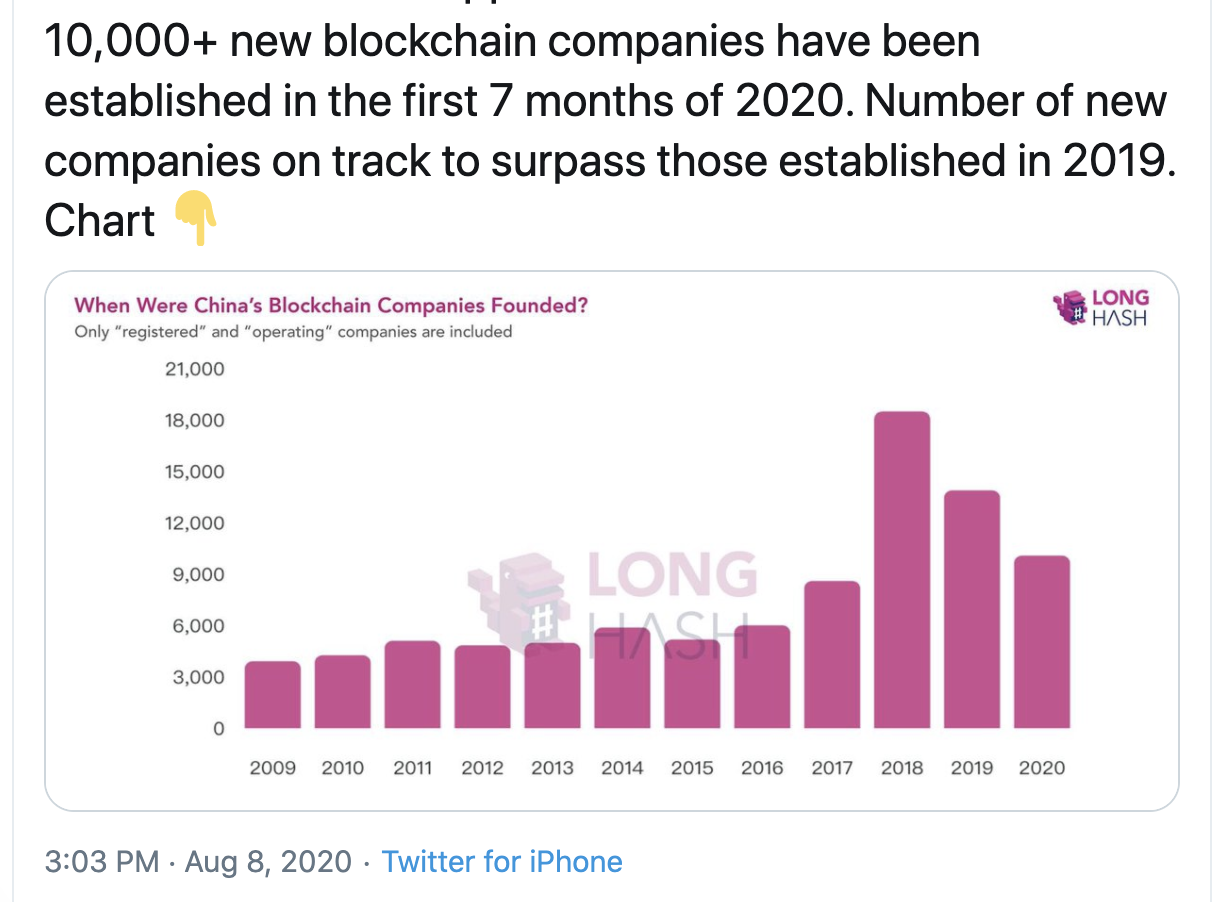 The figures show that there are 84,410 registered companies and, of these, 29,340 are in operation. The Guangdong Province in Southeast China has the highest number of blockchain startups with Yunnan Province in the southwest coming in second.Â

As Cointelegraph previously reported, the Chinese government is implementing blockchain for trying to bring more efficient government services. Chinaâ€™s central bank also got $4.7 million in funding for its blockchain trade platform in the next three years. The country approved 224 blockchain projects from major companies, including JD, Walmart, China, and Baidu.

ShareTweet
Comments Off on More Than 10,000 New Blockchain Companies Established in China in 2020