The pump and dump is an age-old tactic to turn a quick buck. Recently, its increased amount in the cryptocurrency market has prompted CFTC to issue a Consumer Protection Advisory.

The pump and dump, an age-old scheme to quickly raise the value of a worthless asset and then selling it to reap the profits from the price increase. Not only is the pump and dump illegally under the securities laws, but it is also extremely popular in the world of Blockchain technology, cryptocurrency, and digital assets.

How does it work

In a pump and dump scheme, the price of a worthless asset-usually a penny stock with a low market cap-is artificially inflated through well-planned marketing. False statements, misleading statements, a large number of social media posts, co-signs, and other chicanery are used to get the word out that a worthless asset is actually a hot buy that investors do not want to miss out on (the pump).

This is when individuals who are in on the pump and dump scheme will sell or “dump” the shares of the overvalued asset. These individuals profit from selling the asset at or near its peak for many times more than the price they purchased it at. When they begin to sell their shares of the overvalued asset, the price of the asset tanks and corrects to a more accurate and appropriate valuation.

Internet for pump and dumps

Before the invention of the Internet, pump and dumps were much harder to organize. Individuals had to organize pump and dumps in person, via telephone, or via snail mail. Pump and dump schemes were often organized by “Boiler Rooms,” outbound call centers that were known for using dishonest sales tactics like promoting penny stocks to turn a profit.

With the creation of the Internet, it became far easier to execute a pump and dump scheme. These days, individuals converse in chat rooms, via messaging apps, and on Internet message boards to coordinate a pump and dump. With all the venues that the Internet provides to converse with each other, the Commodities Futures Trading Commision (CFTC) has become wary that pump and dump schemes could even sway professional investors into taking on an amount of risk that they did not intend to undergo.

“Customers should know that these frauds have evolved and are prevalent online. Even experienced investors can become targets of professional fraudsters who are experts at deploying seemingly credible information in an attempt to deceive.”

The advisory even quoted messages from an online chatroom coordinating a pump and dump,

“15 mins left before the pump! Get ready to buy.” “Five minutes till pump, next message will be the coin! Tweet about us and send everyone the link to telegram (sic) for outsiders to see what we are pumping so they can get in on the action too!! lets (sic) take it to the MOON!!!!!”

In the scheme cited above, the entire pump and dump process only lasted eight minutes.

“Customers should avoid purchasing virtual currency or tokens based on tips shared over social media. The organizers of the scheme will commonly spread rumors and urge immediate buying. Victims will commonly react to the currency’s or token’s rising prices, and not verify the rumors. Then the dump begins. The price falls and victims are left with currency or tokens that are worth much less than what they expected. From beginning to end, these scams can be over in just a few minutes.”

As the market for cryptocurrency continues to grow, government organizations give the burgeoning market the attention that it needs to develop. This includes releasing detailed reports like the CFTC Primer on Virtual Currencies, holding hearings with Congress, and giving consumers all the available information they have to mitigate the chance that the consumer will be susceptible to fraud or manipulation.

Pump and dump schemes are illegal and considered securities fraud by the SEC. In most regulated markets like the London Stock Exchange and the New York Stock Exchange, they are illegal as well. The CTFC is even offering a 10-30 percent bounty for any pump and dump whistleblowers who are able to lead the CTFC to monetary sanctions of $1 mln or more.

Cointelegraph reached out to anti-money laundering (AML) specialist Joe Ciccolo, founder of BitAML-a company that provides anti-money laundering solutions for digital currency startups. When asked about the legal status development of pump and dumps in the cryptocurrency market, and if it is possible to whistleblow in an unregulated industry, Ciccolo said:

“The CFTC, like other financial regulators, will continue leveraging existing enforcement resources. Whistleblower programs, a common regulatory tool, have generally worked remarkably well at putting crucial and credible information into the hands of investigators. The CFTC has rightfully prioritized consumer education and protection by focusing on detecting and deterring fraudulent activities, such as pump and dump schemes, while not stifling early innovation in the crypto space.” 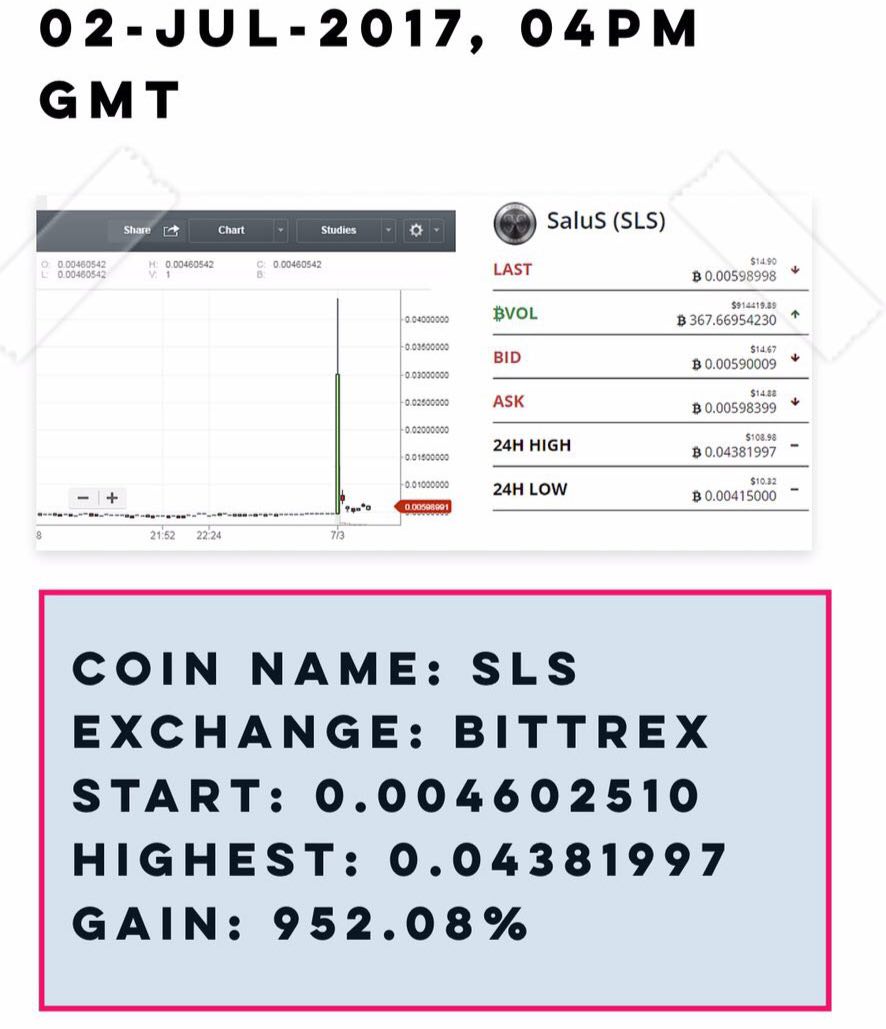 In November of 2017, a Business Insider investigation revealed that traders were coordinating pump and dumps on Bittrex and Yobit via the messaging app Telegram. Shortly afterward, Bittrex issued a statement:

“A general statement about market manipulation tactics:  Bittrex actively discourages any type of market manipulation, including pump groups.  Consistent with our terms of service, we will suspend and close any accounts engaging in this type of activity and notify the appropriate authorities.”

Following the announcement, pump groups on Telegram warned their members that Bittrex would be cracking down on manipulative behavior. One group-Trading signals for crypto-canceled their pump and dumps due to Bittrex’ policy change. Another group-Fake Pump&Dump Hunter-was interested in knowing if Bittrex’s announcement was a scare tactic or if it had actually been enforced. Fake Pump&Dump Hunter requested that any user who had their account suspended by Bittrex get in contact with them. 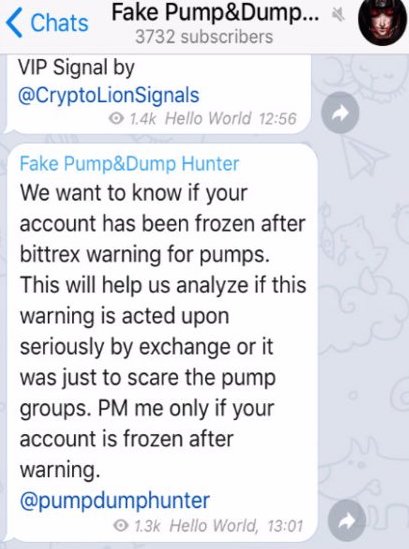 Pump and dump groups often have thousands of members. At one point, Trading signals for crypto had over 7,000 members. Some members are professional investors and pump organizers who invested in the coin way before the date of the pump; others are retail investors, who find out which coin is being pumped at the same time the pump begins.

Although the cryptocurrency industry is maturing and taking the necessary steps to merge with the traditional banking and finance system. Blockchain and cryptocurrency is still in its Wild West phase. Due to a lack of regulation and consumer protections in the cryptocurrency markets, there are still enough opportunities to pull off fraudulent and manipulative schemes like the pump and dump. That is why it is always better to do independent research of the assets you are interested in investing in, and to only take on an amount of risk that allows you to sleep comfortably at night.

ShareTweet
Comments Off on Pump and Dump in Crypto: Cases, Measures, Warnings