TenX Co-Founder Still ‘Quite Confident’ Bitcoin Can Hit $60,000 This Year

Julian Hosp, co-founder and president of crypto startup TenX, says he’s still “quite confident” that Bitcoin can hit $60,000 in 2018.

During an interview at the Rise conference in Hong Kong, Hosp told Squawk Box co-host Akiko Fujita that he still stands by the initial 2018 forecast he made in December for the leading cryptocurrency:

Bitcoin has not yet plummeted as low as $5,000 this year — a price point that would bring it back to its valuation in September 2017. However, the cryptocurrency’s recent downtrend is showing bearish signs, having dipped to around $5,880 in late June: 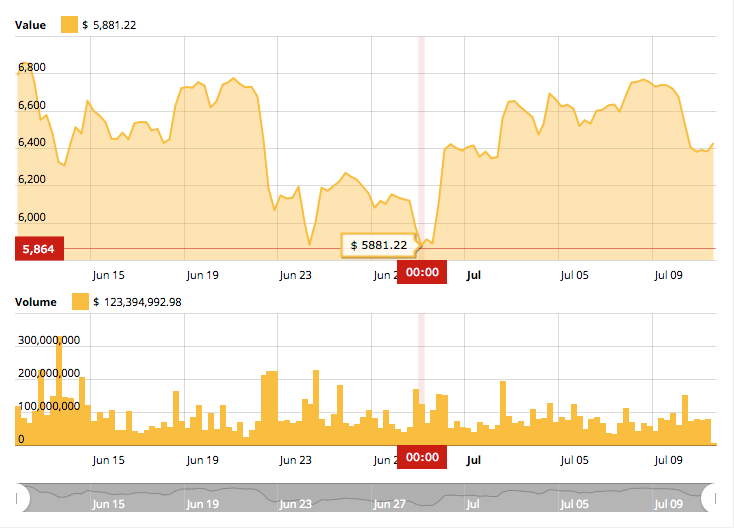 Hosp believes the $60,000 mark could be a reality this year assuming there is a “massive positive event” — for example, a Bitcoin exchange traded fund (ETF), or a country announcing something that is “very, very positive for Bitcoin.” If this fails to happen, he conceded, the major upswing could take “a bit longer.”

Weighing in on recent regulatory crackdowns that may be having a negative impact on the crypto markets — with Fujita mentioning Japan as a prime example — Hosp said he thought that the “perfect path” for crypto-specific regulation would be clarity over what is allowed, rather than “what is forbidden.”

In his aforementioned forecast for 2018, Hosp had said that a rollercoaster of price highs and lows will remain native to crypto until the space sifts through the superfluous projects and rallies behind those that offer tangible uses and real value.

Last week, Fundstrat’s Tom Lee also defended his previous prediction that Bitcoin would hit $25,000 by the end of this year, clarifying that a more recent prediction of $22,000 is not a refutation of his other forecast.

Bitcoin is trading at $6,383 to press time, down less than half a percent on the day, bringing its weekly losses to just under 5 percent.

ShareTweet
Comments Off on TenX Co-Founder Still ‘Quite Confident’ Bitcoin Can Hit $60,000 This Year