Fundstrat’s Thomas Lee revealed that his “Bitcoin Misery Index” has recently hit its highest figure since June 2016, in what he suggests could be a good or a bad sign.

Wall Street strategist and co-founder of Fundstrat Global Advisors Thomas Lee revealed on April 11 that his “Bitcoin Misery Index” (BMI) recently hit its highest figure since June 2016. He suggested the data could be a good or a bad sign.

The BMI — which Lee designed with the aim of informing investors of how “miserable” Bitcoin (BTC) holders are based on the coin’s price and volatility — reportedly hit a value of 89 on April 2. The Index assigns a value of 100 to positive sentiment and 0 to outright misery. 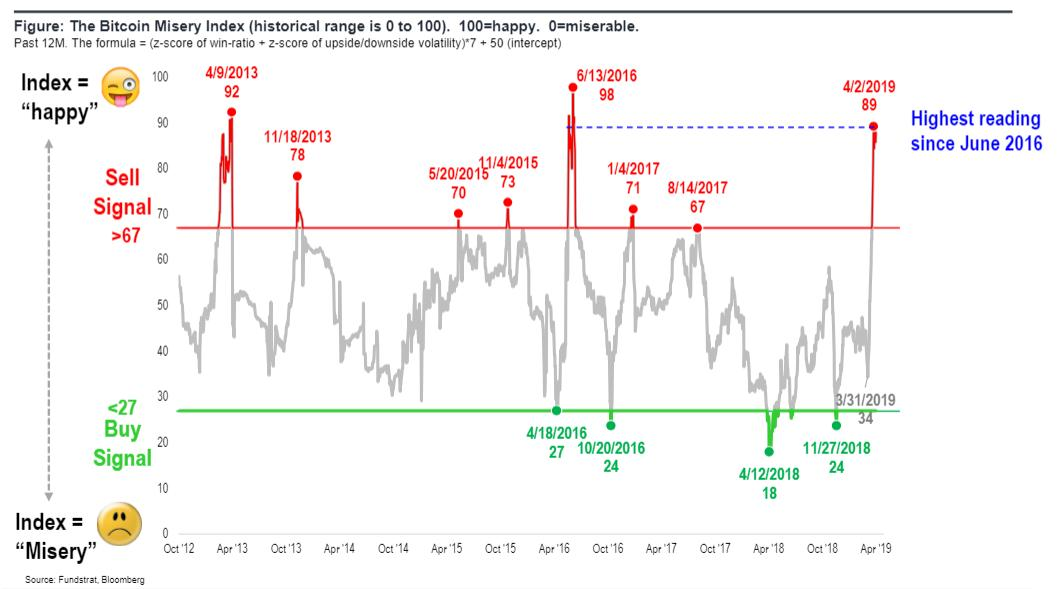 According to Lee, the fact that Bitcoin has reported its highest reading since June 2016 provides a mixed signal. He proposed two interpretations of the index, writing that:

In a further tweet in the same thread, the strategist argued that “the main takeaway is that BMI reaching 67 is further evidence the bear market for Bitcoin likely ended at $3,000.” 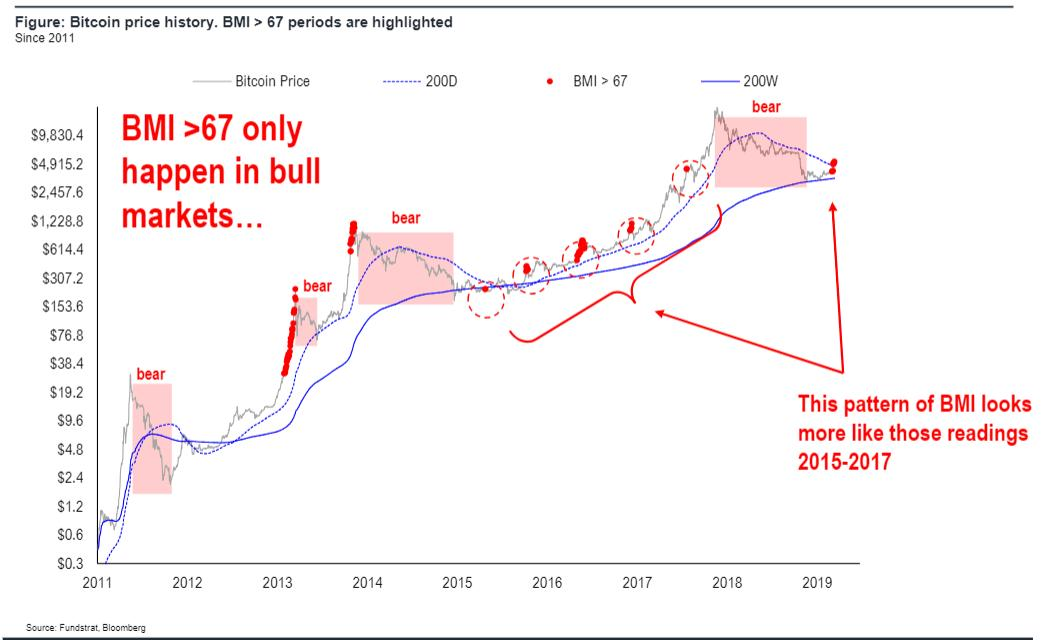 As Cointelegraph has previously reported, Lee — a well-known Bitcoin bull — has used the BMI as a measure of investor sentiment as well as to assess Bitcoin’s price resilience and immediate prospects since he first launched the index in March 2018.

Bitcoin is currently up half a percent on the day and is trading around $5,079 by press time, having hit a multi-month price high of over $5,420 earlier this week on April 10.