The so-called â€œUnstoppable Chatâ€�, or simply â€œdChatâ€� aims to promote confidentiality through a peer-to-peer network and end-to-end encryption. Opposed to mainstream messengers like Facebook, dChat enables users to own, encrypt, and store their messages themselves on their own servers.

Users need an Ethereum wallet private key to sign in

In order to allow users to fully control their messages, dChat integrates with a userâ€™s cryptocurrency wallet and P2P networks. In order to sign in to the chat, users need to have an Ethereum wallet private key.

â€œYou must use an Ethereum wallet private key. That is what guarantees that no one can access the chat other than you. If youâ€™re concerned about privacy, then create a wallet just to store your domain. You can remain pseudo anonymous.â€�

At launch, the chat will be available exclusively for browsers, with mobile apps to follow soon, Kam said.Â

According to the firm, crypto wallet services like MyEtherWallet and imToken have already committed to supporting dChat and will be launching their own app using the dChat protocol soon. 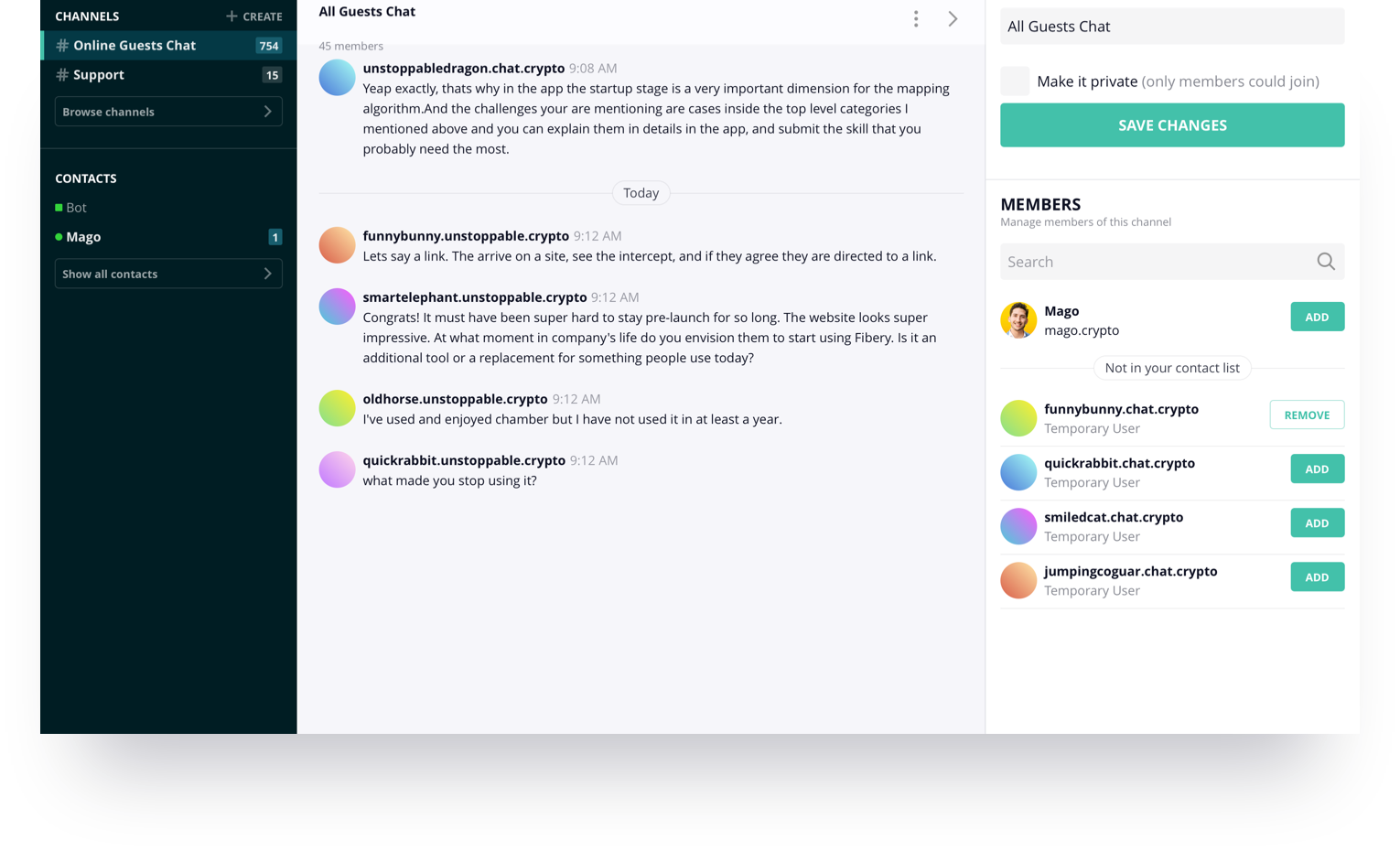 The new product comes out of Mozillaâ€™s â€œFix the Internetâ€� incubator, an incentive program that aims to bring together developers and technologists to develop the distributed web 3.0.Â

dChat is designed to allow users to securely store their messages and data even if a company bans a user from an app built on the dChat protocol. According to the firm, only the user himself can access and delete chats.Â

Kam said that the protocol itself is resistant to any intervention, stating, “There is no way for a company to stop usage at the protocol layer. That is by design. It is the only way to have a safe system. Apps can of course continue to prevent users from using their apps. The difference is that getting kicked off an app doesnâ€™t cause the user to lose access to their account and their messages. They can use them in different apps.â€�

As the new chat protocol promises to provide major privacy benefits, the product raises questions about anti-terrorism efforts and and other measures to prevent illicit content on the internet.